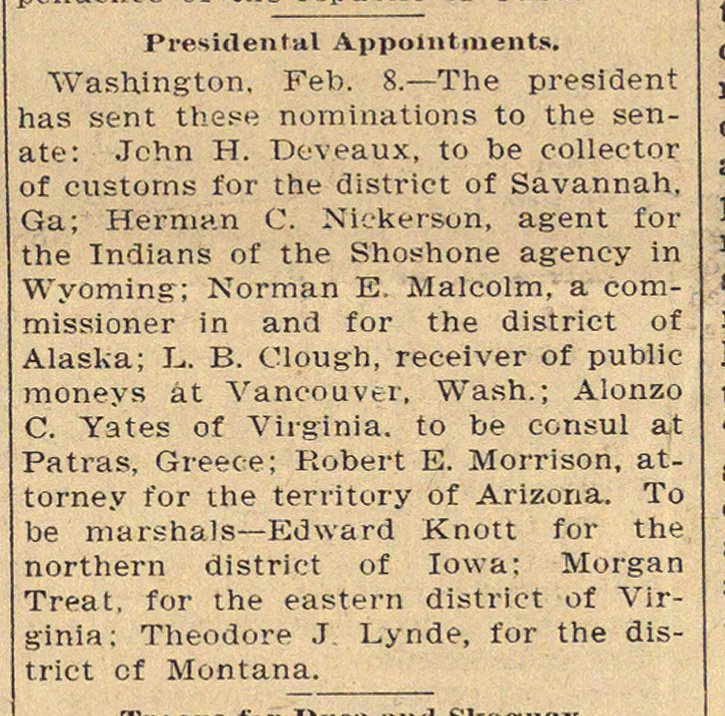 Washington. Feb. 8. - The president has sent these norninations to the senate: John H. Deveaux, to be collector of custorns for the district of Savannah, Ga; Herman C. Nlekerson, agent for the Indians of the Shoshone agency in Wyoming; Norman K. Malcolm, a commissioner in anti for the district of Alaska; I-. B. Clough, receiver of public moneys át Vancouver, Wash.; Alonzo C. Yates of Virginia, to be consul at Patras, Greece; Robert E. Morrison, attorney for the territory of Arizona. To be marshals- Edward Knott for the northern district of Iowa: Morgan Treat. for the eastern district of Virginia: Theodore .1 Lynde, for the district cf Montana.