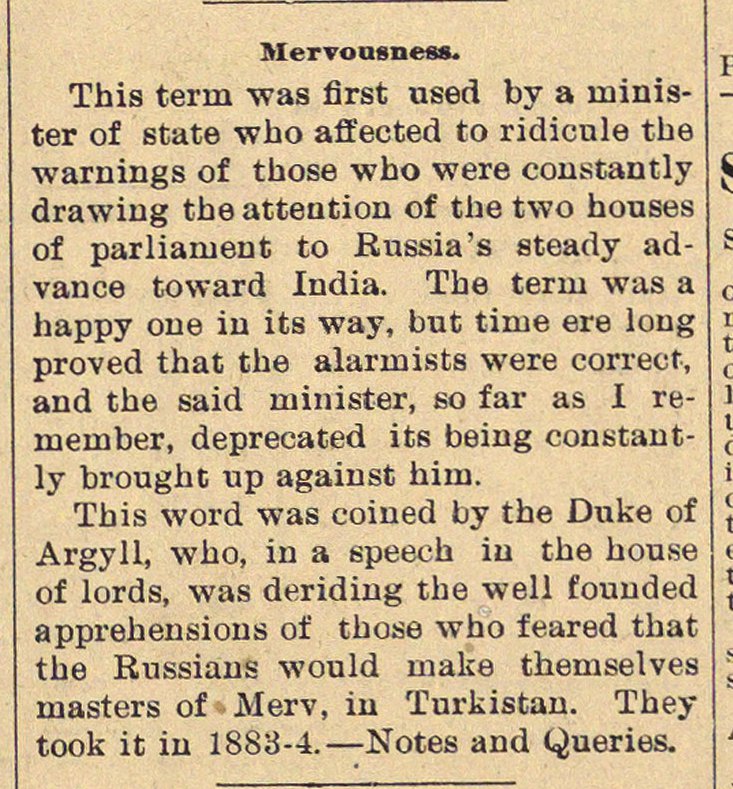 This term was flrst used by a minister of state who affected to ridicule the warnings of those who were constantly drawing the attention of the two houses of parliament to Russia's steady advance toward India. The term was a happy one in its way, but tinie ere long proved that the alarinists were correct, and the said minister, so far as I reinember, deprecated its being constantly brought up against him. Tbis word was coined Ly the Duke of Argyll, who, in a speech iu the house of lords, was deriding the well founded apprehensions of those who feared that the Russiaus would make themselves masters of Alerv, in ïurkistau. They took it iu 1883-4.