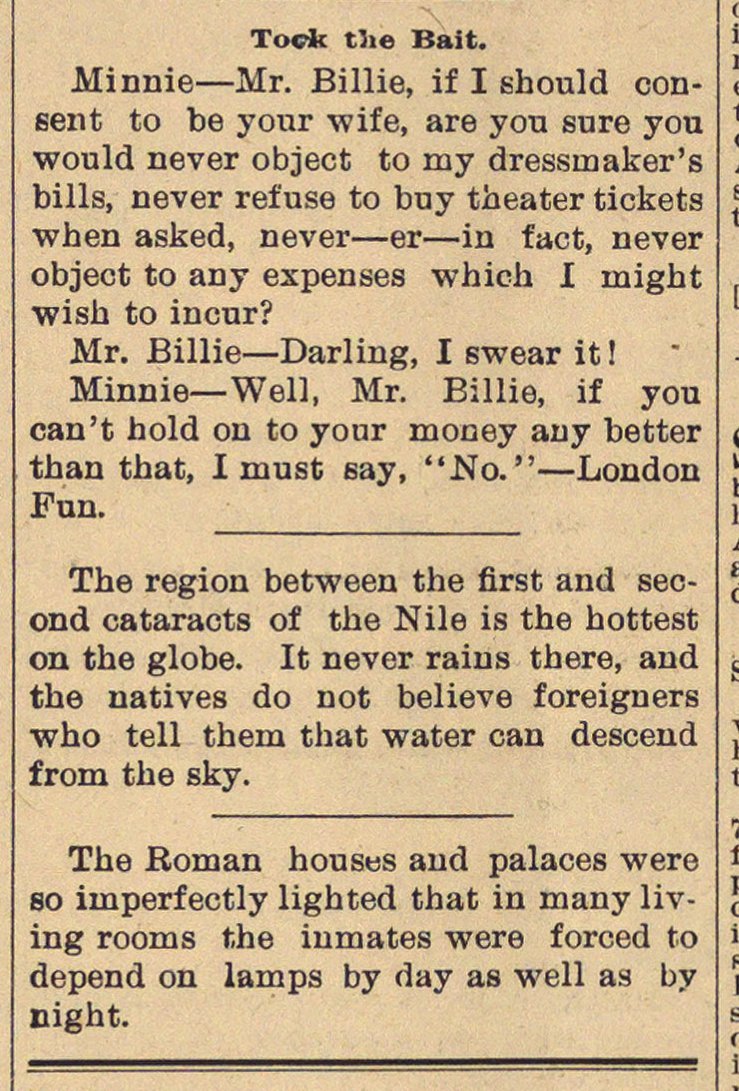 Alinnie - Mr. Billie, if I should consent to be your wife, are you sure you would never object to my dressmaker's bilis, never refuse to bny theater tickets when asked, never - er - in fact, never object to any expenses which I inight wish to incur? Mr. Billie - Darling, Iswearit! Minnie - Well, Mr. Billie, if you can't hold on to your money auy better than that, I must say, "JSTo. " - London Fun. The región between the first and second cataracts of the Nile is the hottest on the globe. It never rains there, and the natives do not believe foreigners who teil them that water can descend from the sky. The Roman houses and palaces were so imperfectly lighted that in many living rooms the inmates were forced to depend on lamps by day as well as by night.