Pistol Duel To The Death 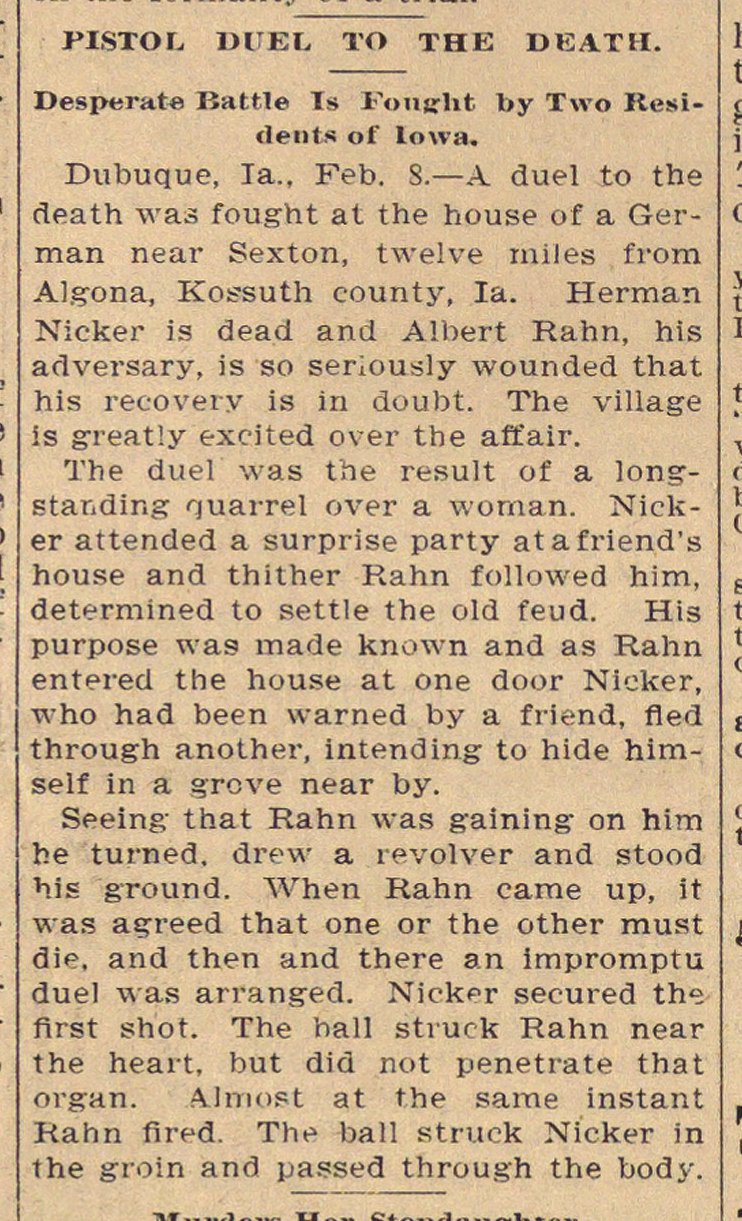 Dubuque, Ta., Feb. S.- A duel to the death was fought at the house of a Germán near Sexton, twelve miles from Algona, Kossuth county, Ia. Herman Nicker is dead and Albert Rahn, his adversary, is so seriously wounded that his recovery is in doubt. The village is greatly excited over the aft'air. The duel was the result of a long:Btanding quarrel over a woman. Nicker attended a surprise party atafriend's house and thither Rahn followed him, determined to settle the old feud. His purpose was made known and as Rahn entered the house at one door Nicker, who had been warned by a friend, fled through another, intending to hide himself in a grove near by. Seeing that Rahn was gaining on him he turned. drew a revolver and stood his ground. "When Rahn came up, it was agreed that one or the other must di=. and then and there an impromptu duel was arranged. Nicker secured the first shot. The hall struek Rahn near the heait, but did not penétrate that organ. A.lmost at the same instant Rahn fired. The ball struek Nicker in the groin and passed through the body.