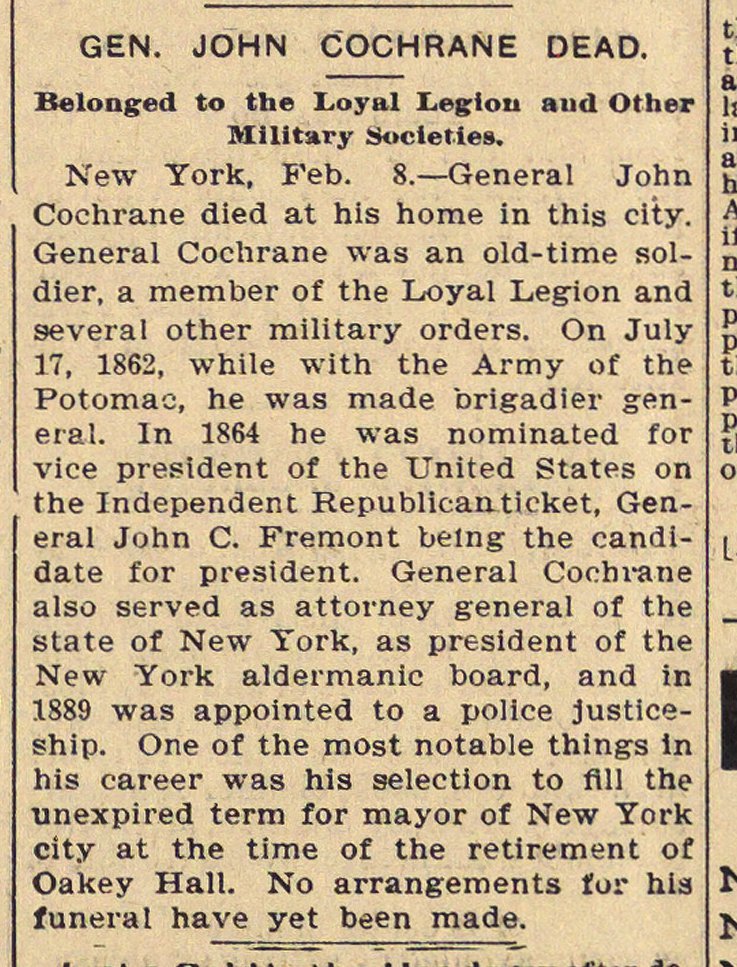 New York, P eb. 8. - General John Cochrane died at his home in this city. General Cochrane was an old-time soldier, a member of the Loyal Legión and 9everal other military orders. On July 17, 1862, while with the Army of the Potomae, he was made brigadier genera!. In 1864 he was nominated for vice president of the United States on the Independent Republicanticket, General John C. Fremont belng the candidate for president. General Cochrane also served as attorney general of the state of New Tork, as president of the New York aldermanic board, and in 1889 was appointed to a pólice justiceship. One of the most notable things in his career was his selection to fill the unexpired term for mayor of New York city at the time of the retirement of Oakey Hall. No arrangements for his funeral have yet been made.