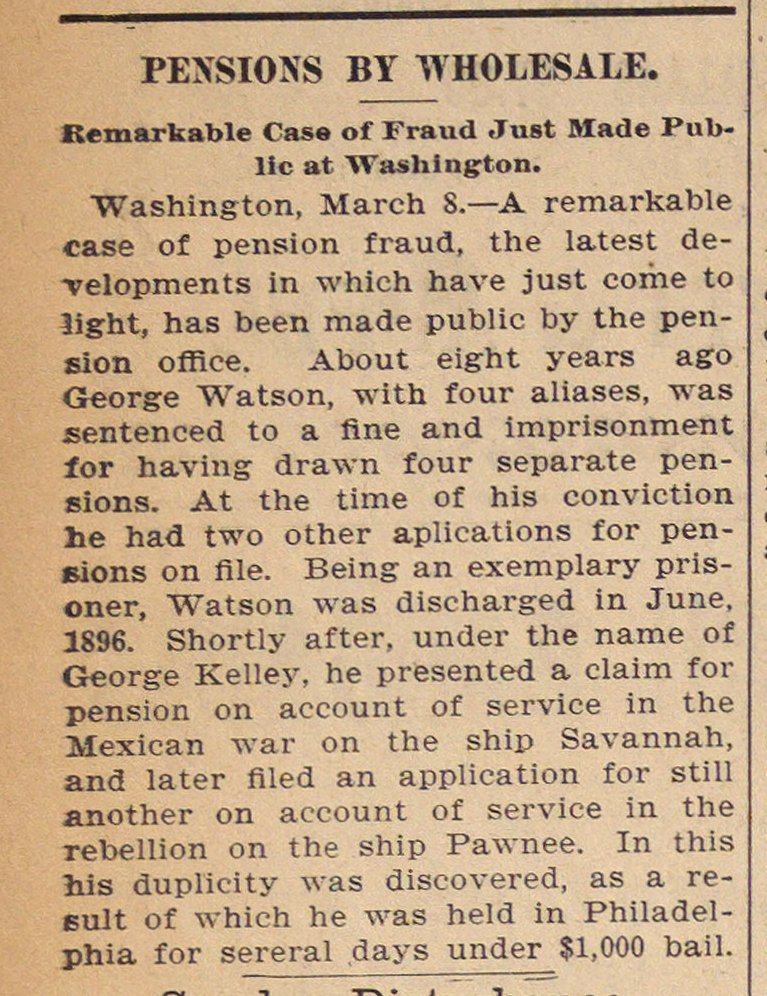 "Washington, Maren S.- A remarkable case of pension fraud, the latest de■velopments in which have just come to Jight, has been made public by the pension office. About eight years ago George Watson, with four aliases, was sentenced to a fine and imprisonment ior having drawn four separate pensions. At the time of his conviction he had two other aplications for pensions on file. Being an exemplary prisoner, Watson was discharged in June, 1896. Shortly after, under the name of George Kelley, he presented a claim for pension on account of service in the Mexican war on the ship Savannah, and later filed an application for still another on account of service in the rebellion on the ship Pawnee. In this his duplicity was discovered, as a reeult of which he was held in Philadelphia for sereral days under $1,000 bail.