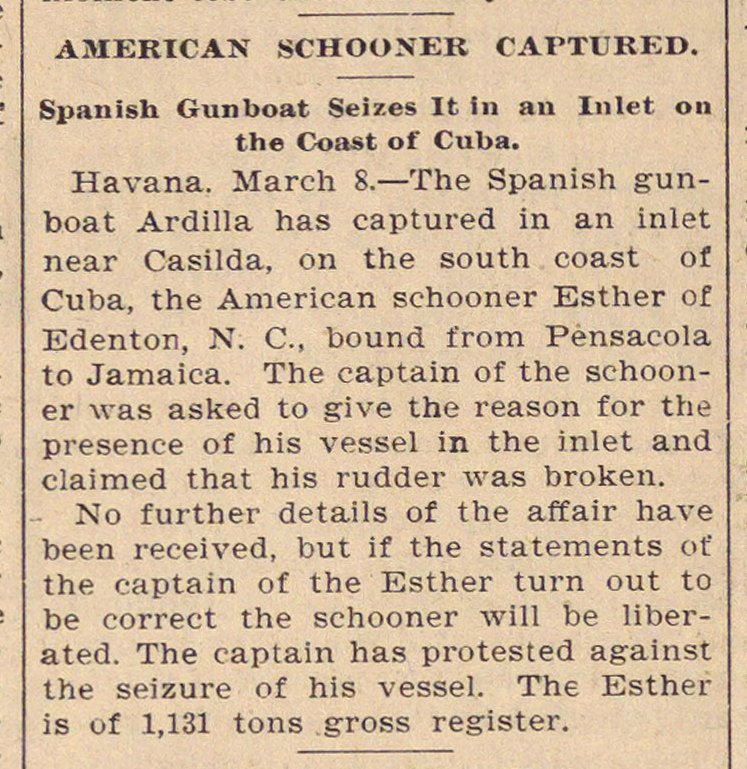 Havana. Mareh 8.- The Spanish gunboat Ardilla has captured in an inlet near Casilda, on the south coast of Cuba, the American sehooner Esther of Edenton, N. C, bound from Pènsacola to Jamaica. The captain of the sehooner was asked to give the reason for the presence of his vessel in the inlet and claimed that his rudder was broken. - No further details of the affair have been received, but if the statements of the captain of the Esther turn out to be correct the sehooner will be liberated. The captain has protested against the seizure of his vessel. The Esther is of 1,131 tons gross register.