Torpedo Squadron Will Not Go To Cuba 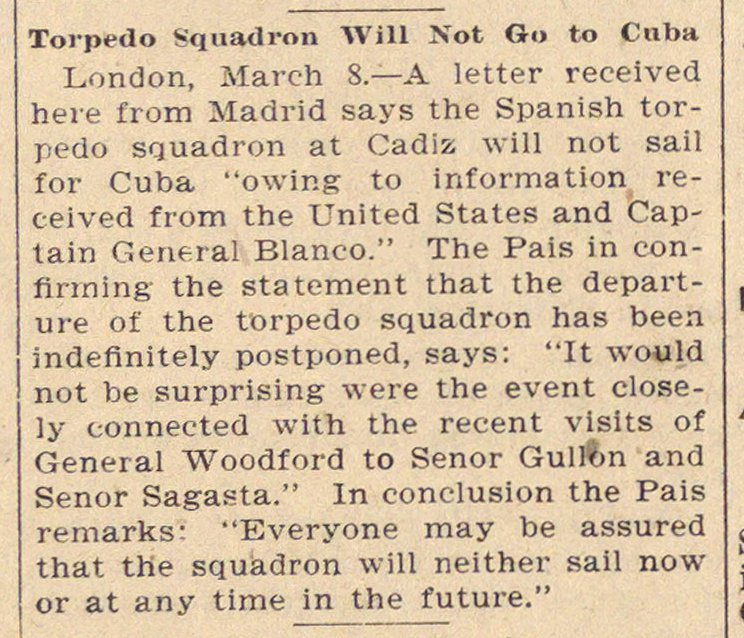 London, March 8.- A letter received here from Madrid says the Spanish torpedo squadron at Cadiz will not sail for Cuba "owlng to information received from the United States and Captain General Blanco." The Pais in confirining- the statement that the departid re of the torpedo squadron has been indefinitely postponed, says: "It would not be surprising were the event closely connected with the recent visits of General Woodford to Senor Gulltm and Senor Sagasta." In conclusión the Pais remarks: "Everyone may be assured that the squadron will neither sail now or at any time in the future."