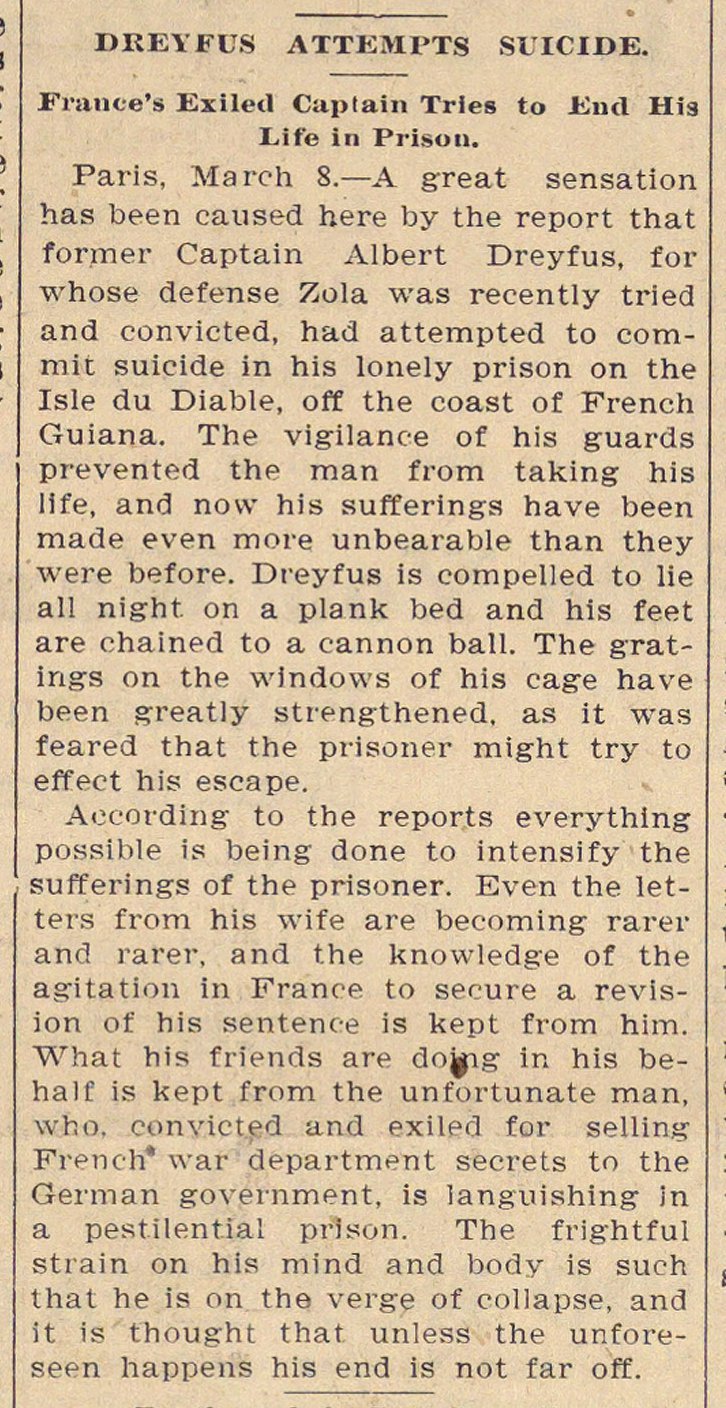 Paris, March 8. - A great sensation has been caused here by the report that former Captain Albert Dreyfus, for whose defense Zola was recently tried and convicted, had attempted to commit suicide in his lonely prison on the Isle du Diable, off the coast of Frenen Guiana. The vigilance of his guards prevented the man from taking his llfe, and novv his sufferings have been made even more unbearable than they were before. Dreyfus is compelled to He all night on a plank bed and his feet are chained to a cannon balt. The gratings on the wlndows of his cage have been greatly strengthened. as it was feared that the prisoner might try to effect his escape. According to the reports everything possible is being done to intenaify the sufferings of the prisoner. Even the letters from his wife are beeoming rarer and rarer, and the knowledge of the agitation in France to secure a revisión of his sentence is kept from him. What his friends are doig in his behalC is kept from the unfortunate man, who. eonvicted and exilPd for selling Frenen war department secrets to the Germán government, is languishing in a pestilential prison. The frightful strain on his mind and body is such that he is on the verge of collapse, and it is thought that unless the unforeseen happens his end is not far off.