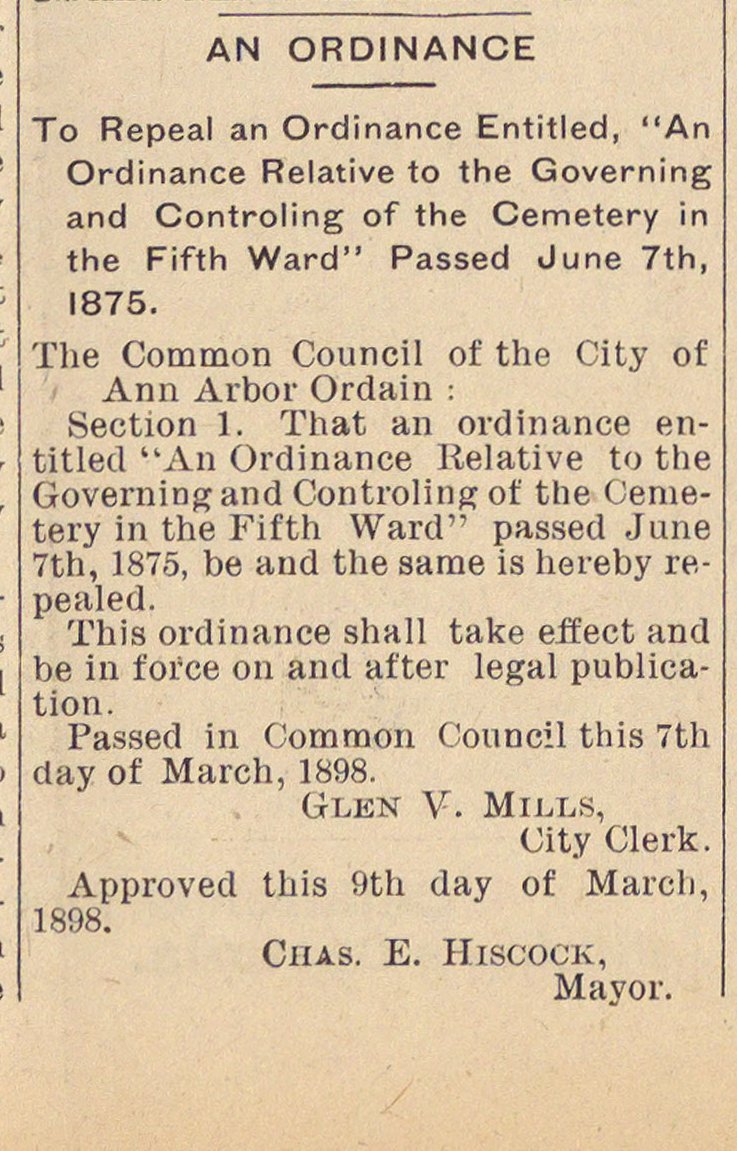 The Common Council of the City of Ann Arbor Ordain : Section 1. That an ordinance entitled "An Ordinance Relative to the Governingand Controlingof the Cemetery in the Fifth Ward" passed June 7th, 1875, be and the same is liereby repealed. This ordinance shall take eiïect and be in force on and after legal publication. Passed in Common Council this 7th day of March, 1898. Glen V. Mills, City Clerk. Approved this 9th day of March, 1898. Chas. E. Hiscock, Mayor.