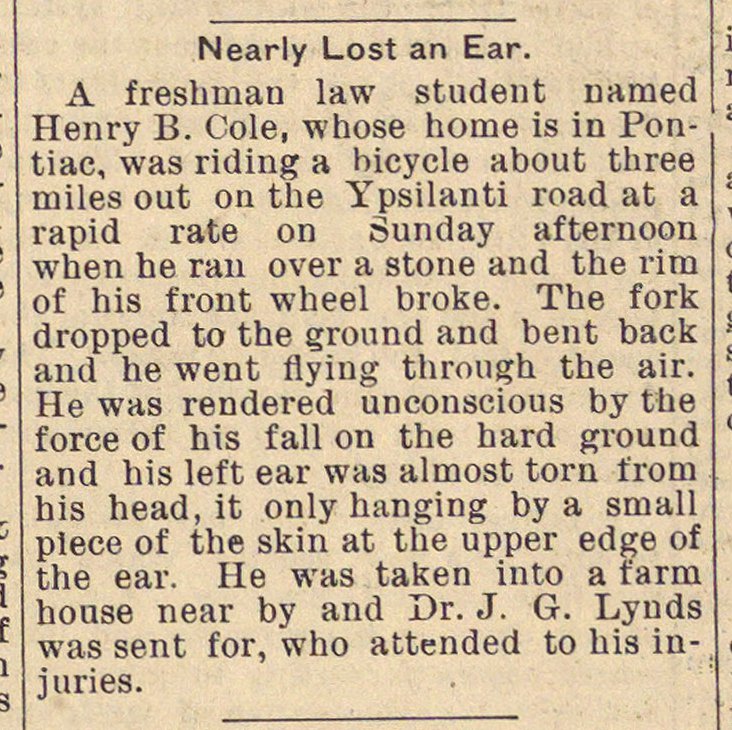 A freshman law student narned Henry B. Cole, whose home is in Pon;iac, was riding a bicyele about three miles out on the Ypsilanti road at a rapid rate on Sunday afternoon when he ran over a stone and the rim of his front wheel broke. The fork dropped to the ground and bent back and he went flying through the air. He was rendered unconscious by the force of his fall on the hard ground and his left ear was almost torn trom his head.it only hanging by a small piece of the skin at the upper edge of the ear. He was taken into a farm house near by and Dr. J. G. Lynds was sent for, who attended to his injuries.