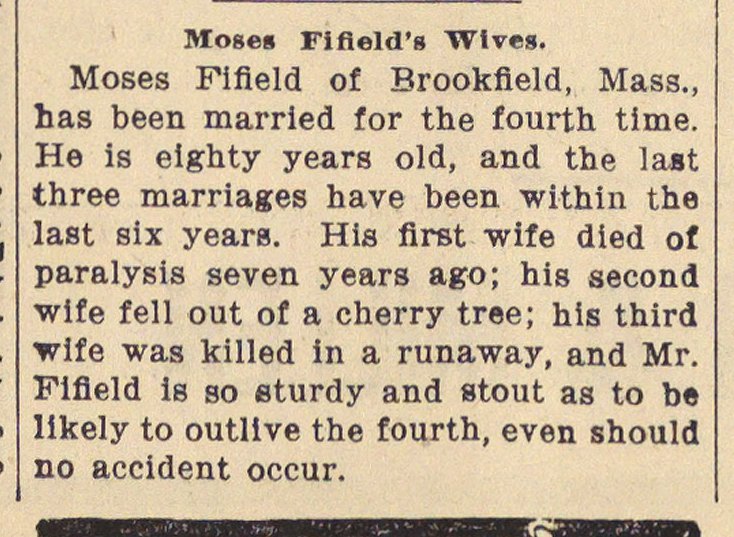 Moses Fifleld of Brookñeld, Mass., has been married for the fourth time. He is eighty years old, and the laat three marriages have been within the last six years. His first tife died of paralysis seven years ago; his second wife feil out of a cherry tree; hls third ■wife was killed In a runaway, and Mr. Fifleld is so eturdy and stout as to b likely to outllve the fourth, even should no accident occur.