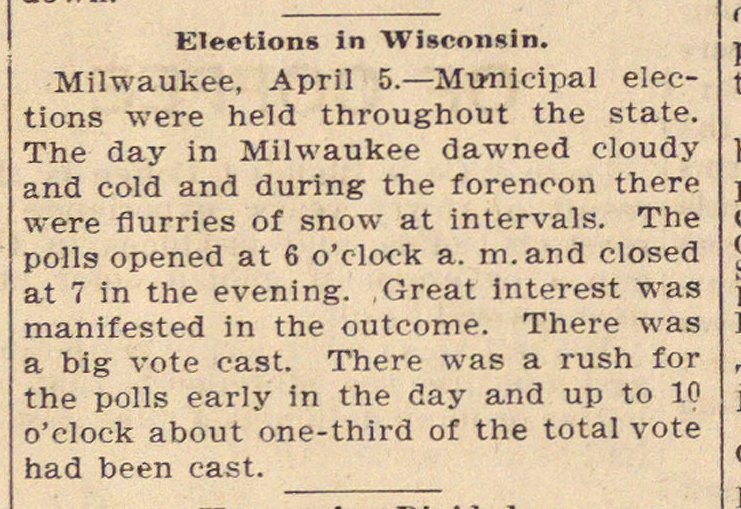 Milwaukee, April 5.- Municipal elections were held throughout the state. The day in Milwaukee dawned eloudy and cold and during the forenoon there were flurries of snow at intervals. The polls opened at 6 o'clock a. m.and closed at 7 in the evening. Great Interest was manifested in the outcome. There was a big vote cast. There was a rush for the polls early in the day and up to 10 o'clock about one-third of the total vote had been cast.