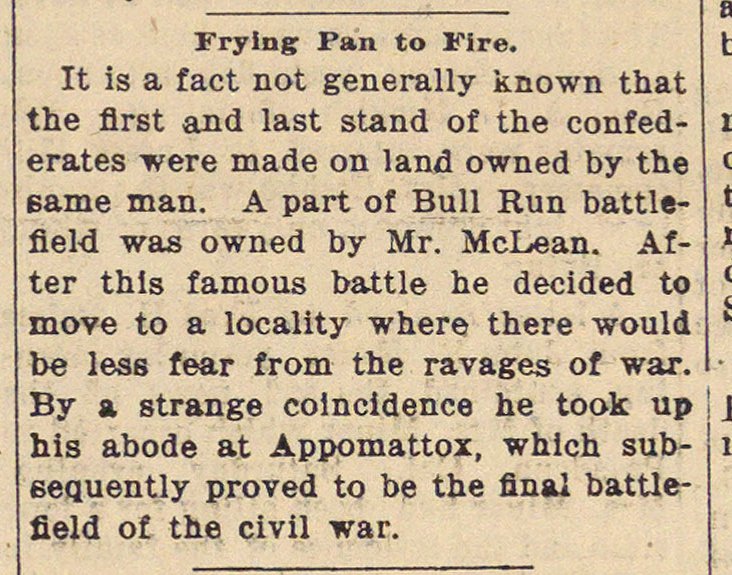 It is a fact not generally known that :he flrst and last stand of the confederates were made on land owned by the 6ame man. A part of Buil Run battlefield was owned by Mr. McLean. After thls famous battle he decided to move to a locality where there would te less fear from the ravages oí war. By a strange colncidence he took up his abode at Appomattor, whlch subeequently proved to be the final battlefield of the civil war.