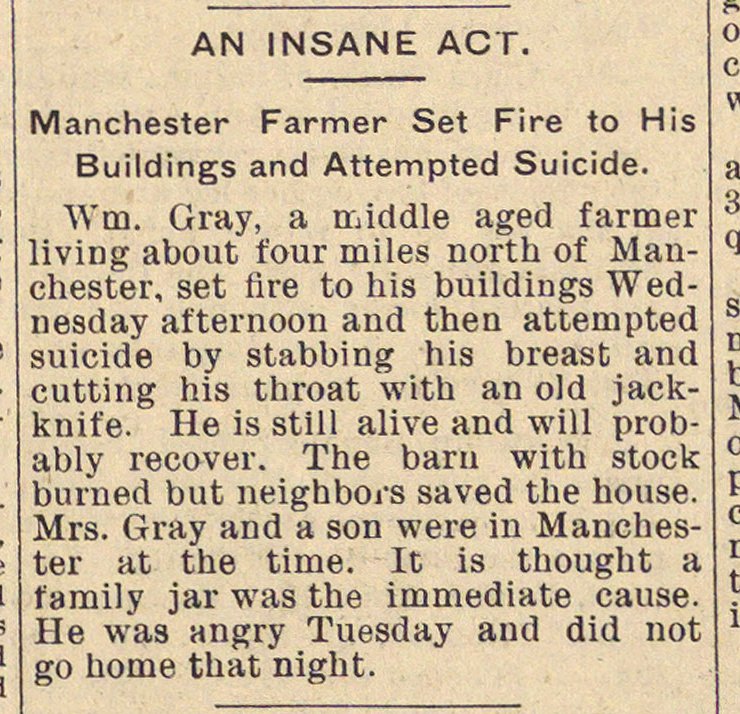 Manchester Farmer Set Fire to His Buildings and Attempted Suicide. Wm. Gray, a middle aged farmer living about four miles north of Manchester, set fire to his buildings Wednesday afternoon and then attempted suicide by stabbing his breast and cutting his throat with an old jackknife. He is still alive and will probably recover. The barn with stock burned but neighbors saved the house. Mrs. Gray and a son were in Manchester at the time. It is thought a family jar was the immediate cause. He was angry Tuesday and did not go home that night.