Precious Gems In The United States 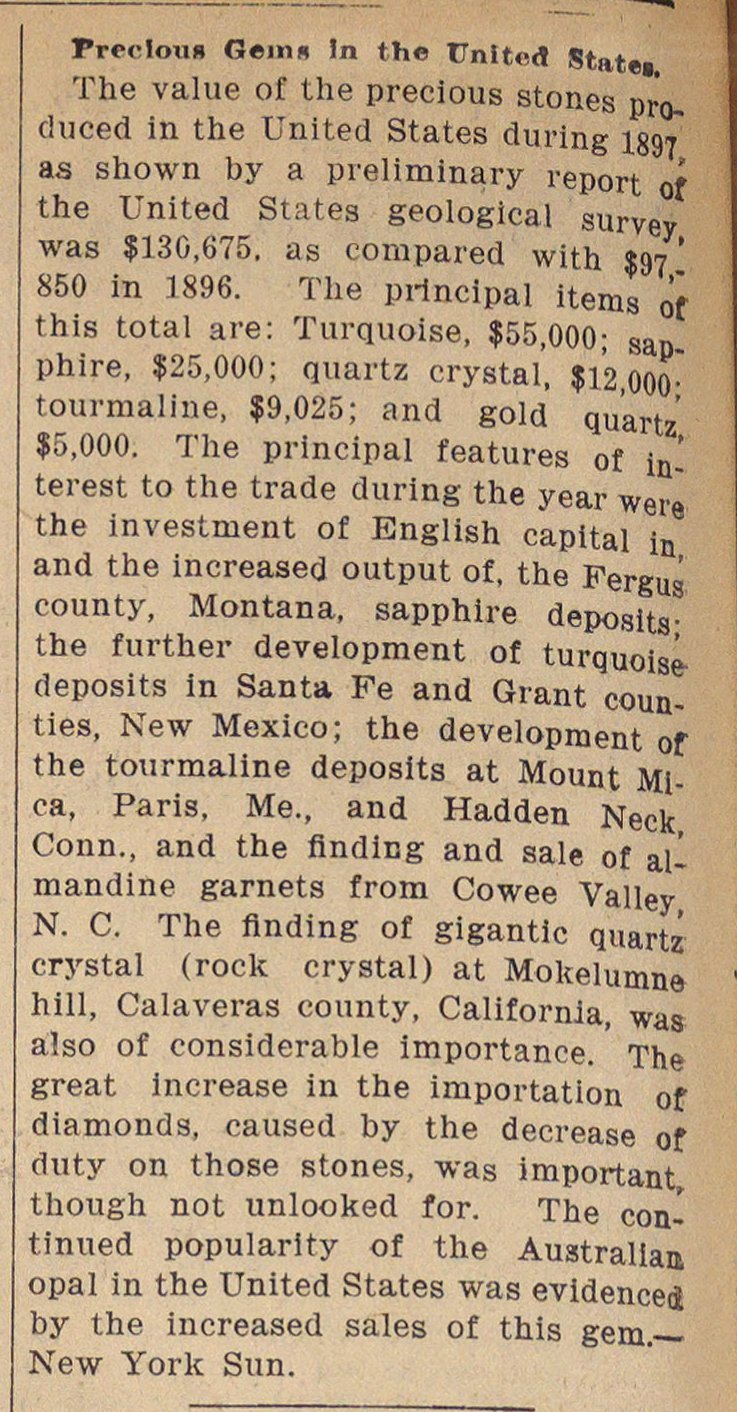 The valué of the precious stones procHiced in the United States during 1897 as shown by a preliminary report of the United States geológica! survey was $130,675. as compared with $97 ' 850 in 1896. The principal items óf this total are: Turquoise, saD phire, $25,000; quartz crystal, $12,000tourmallne, $9,025; and gold quartz' ?5,000. The principal features of in' terest to the trade during the year wer the investment of English capital in and the increased output of, the Fergug county, Montana, sapphire depositsthe further development of turquois deposits in Santa Fe and Grant counties, New Mexico; the development of the tourmaline deposits at Mount Mica, Paris, Me., and Hadden Neck Conn., and the finding and sale of almandine garnets from Cowee Valley N. C. The finding of gigantic quartz crystal (rock crystal) at Mokelumne hill, Calaveras county, California, was a!so of considerable importance. The great increase in the importation of diamonds, caused by the decrease of duty on those stones, was important, though not unlooked for. The continued popularlty of the Australlaa opal in the United States was evidenceá by the increased sales of this eem _