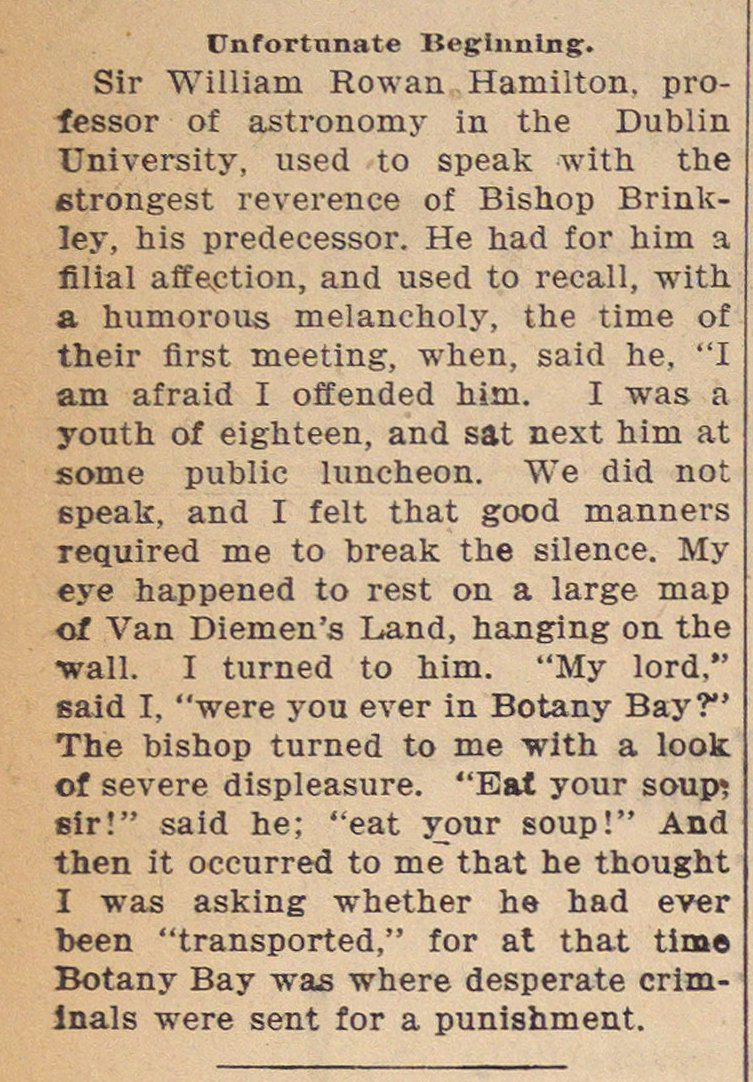 Sir William Rowan Hamilton, professor of astronomy in the Dublin University, used to speak with the etrongest reverence of Bishop Brinkley, his predecessor. He had for him a filial affeítion, and used to reeall, with a humorous melancholy, the time of their flrst meeting, when, said he, "I am afraid I offended him. I was a youth of eighteen, and sat next him at some public luncheon. We did not speak, and I feit that good manners required me to break the silence. My eye happened to rest on a large map of Van Diemen's Land, hanging on the ■wall. I turned to him. "My lord." 6aid I, "were you ever in Botany Bay?" The bishop turned to me ■with a look of severe displeasure. "Eal your soup? sir!" said he; "eat your soup!" And then it occurred to me that he thought I was asking whether he had ever been "transported," for at that time Botany Bay was where desperate crimináis were sent for a punishmeat.