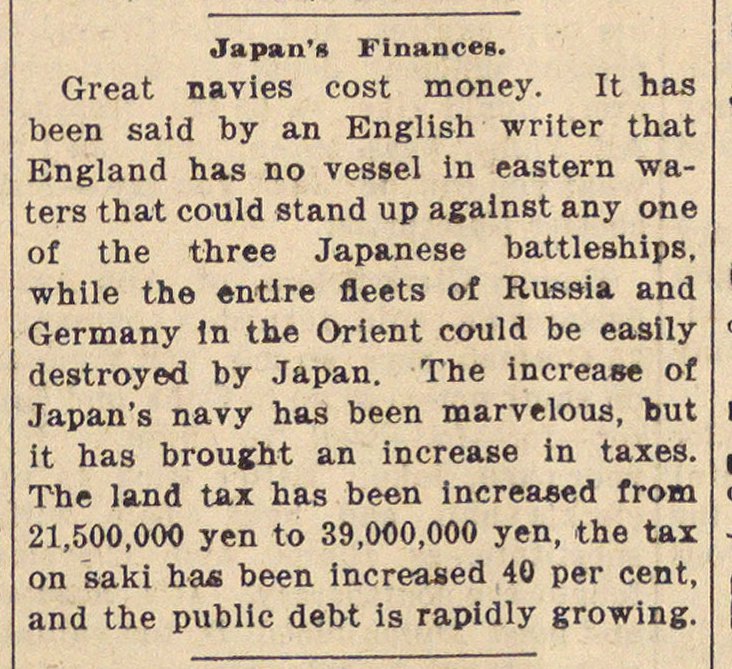 Great navies cost money. It has been said by an English writer that England has no vessel in eastern waters that could stand up agalnst any one of the three Japanese battleships, while the ntire fleets of Russia and Germany In the Oriënt could be easily destroyed by Japan. The increase of Japan's nayy has been marvelous, but it has brought an increaae in taxes. The land tax has been increased from 21,500,000 yen to 39,000,000 yen, the tax on saki ha been increased 40 per cent, and the public debt is rapidly growing.