Will Day At Dey West 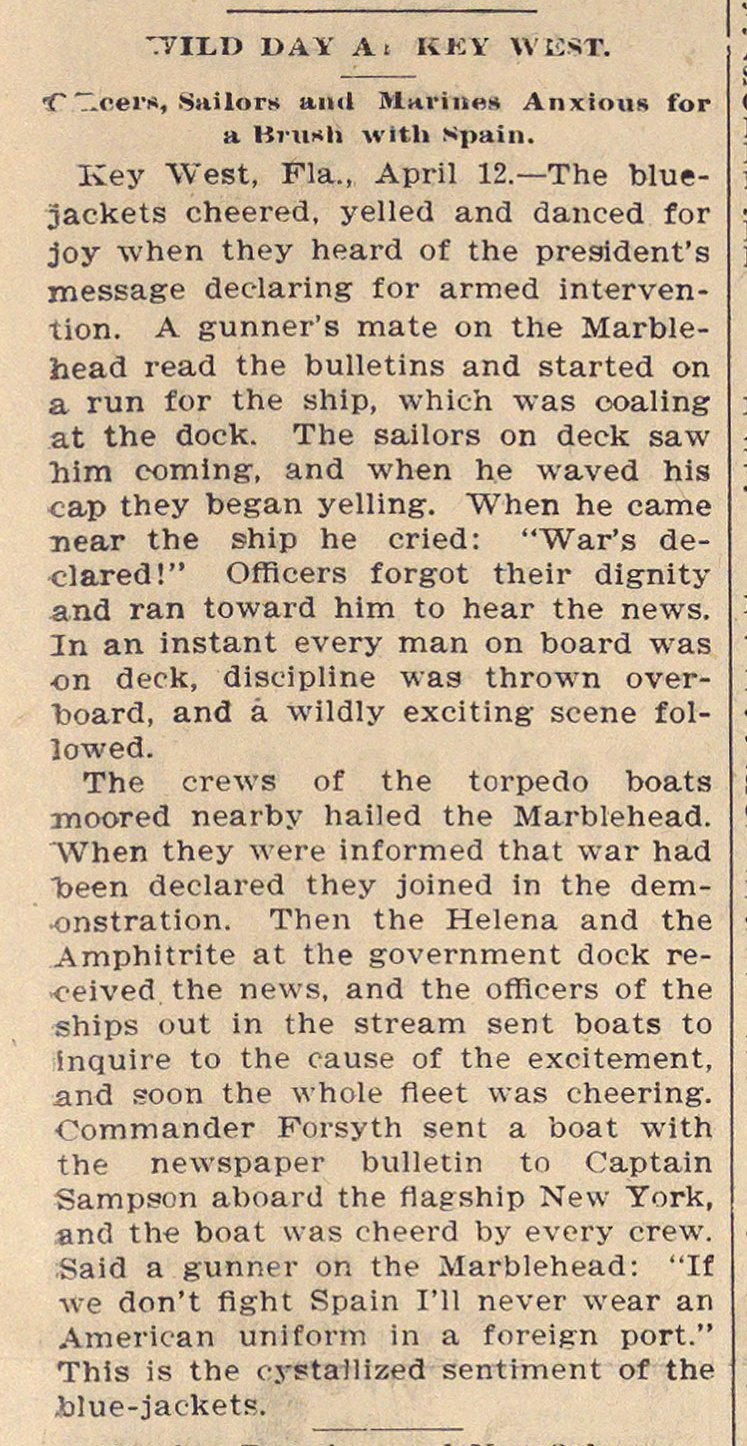 Key West, Fia., April 12.- The bluejackets cheered, yelled and danced for joy when they heard of the president's message dedaring for armed intervention. A gunner's mate on the Marblehead read the bulletins and started on a run for the ship, which was ooaling at the doek. The sailors on deck saw Tnim coming, and when he waved his cap they began yelling. When he carne near the ship he cried: "War's detlared!" Officers forgot their dignity and ran toward him to hear the news. In an instant every man on board was on deck, discipline was thrown over■board, and á wildly exciting scène followed. The crews of the torpedo boats moored nearby hailed the Marblehead. "When they were informed that war had ■been declared they joined in the dem-onstration. Then the Helena and the Amphitrite at the government doek re-ceived the news, and the offleers of the ships out in the stream sent boats to Snquire to the cause of the excitement, and soon the whole fleet was cheering. Commander Porsyth sent a boat with the newspaper bulletin to Captain Sampson aboard the flagship New York, and the boat was cheerd by every crew. Said a gunner on the Marblehead: "If we don't fight Spain 111 never wear an American uniform in a foreign port." This is the cystailized sentiment of the Jblue-jackets.