Children Are The Greatest Imitators 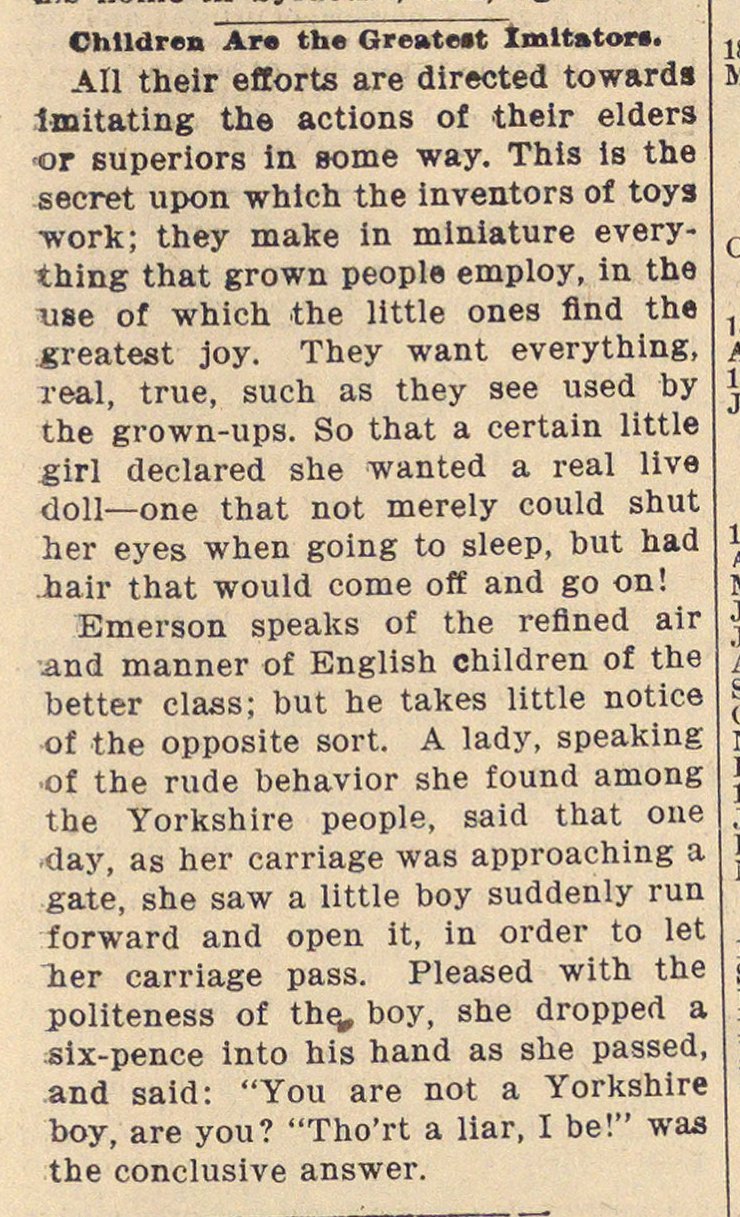 All their efforts are directed towards Imitating the actions of their elders or superiors In some way. This is the secret upon which the inventors of toys work; they make in miniature everything that grown people employ, in the use of which the little ones flnd the reatest joy. They want everything, real, true, such as they see used by the grown-ups. So that a certain little girl declared she wanted a real live dolí - one that not merely could shut her eyes when going to sleep, but had hair that would come off and go on! Emerson speaks of the reflned air and manner of English children of the better class; but he takes little notice of the opposite sort. A lady, speaking of the rude behavior she found among the Yorkshire people, said that one day, as her carriage was approaching a gate, she saw a little boy suddenly run forward and open it, in order to let lier carriage pass. Pleased with the politeness of the, boy, she dropped a six-pence into his hand as she passed, and said: "You are not a Yorkshire boy, are you? "Tho'rt a liar, I be!" waa the conclusive answer.