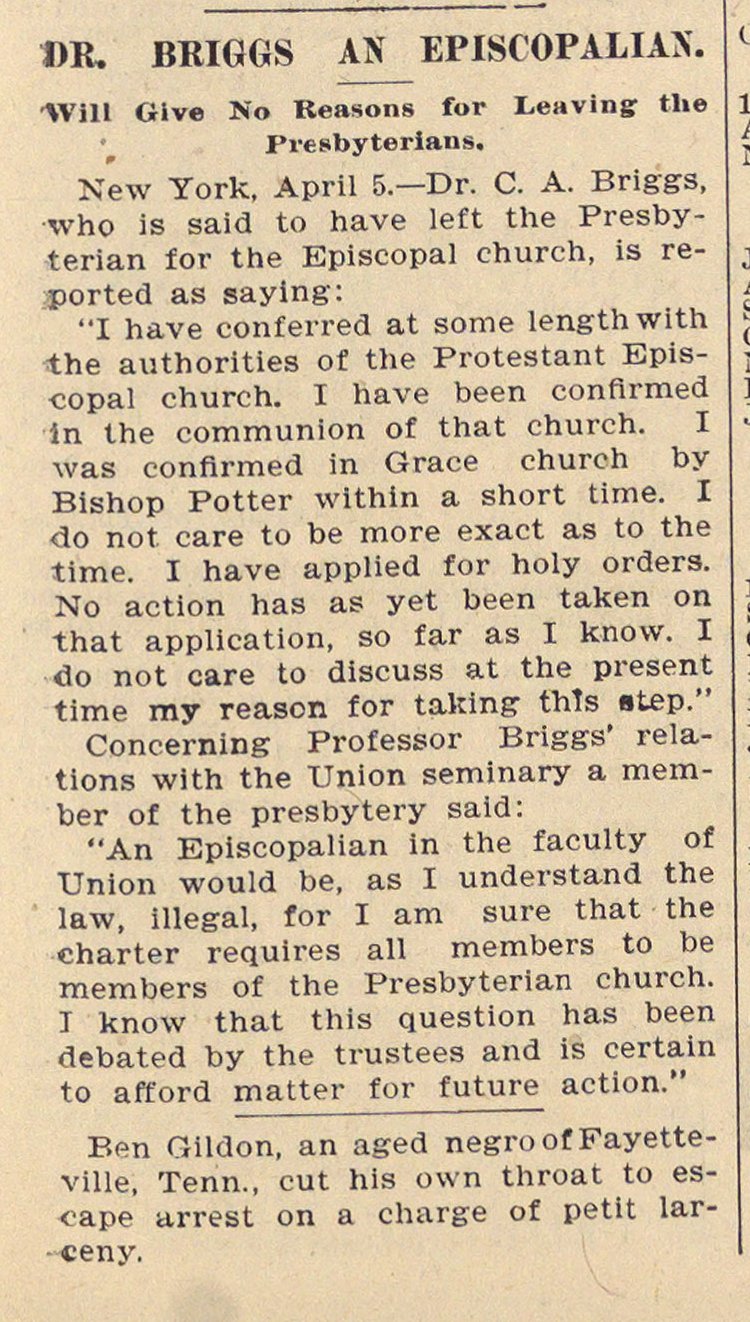 New York, April 5.- Dr. C. A. Briggs, who is said to have left the Presbyterian for the Episcopal church, is reported as saying: "I have conferred at some lengthwith the authorities of the Protestant Episcopal church. I have been confirmed In the communion of that church. I was confirmed in Grace church by Bishop Potter withln a short time. I do not care to be more exact as to the time. I have applied for holy orders. No action has as yet been taken on that application, so far as I know. I Jo not care to discuss at the present time my reason for taking this step." Concerning Professor Briggs' relations with the Union seminary a member of the presbytery said: "An Episcopalian in the faculty of Union would be, as I understand the law, illegal, for I am sure that the charter requires all members to be members of the Presbyterian church. I know that this question has been debated by the trustees and is certain to afford matter for future action." Ben Gildon, an aged negro of Fayetteville, Tenn., cut hls own throat to estape arrest on a charge of petit lar-eeny.