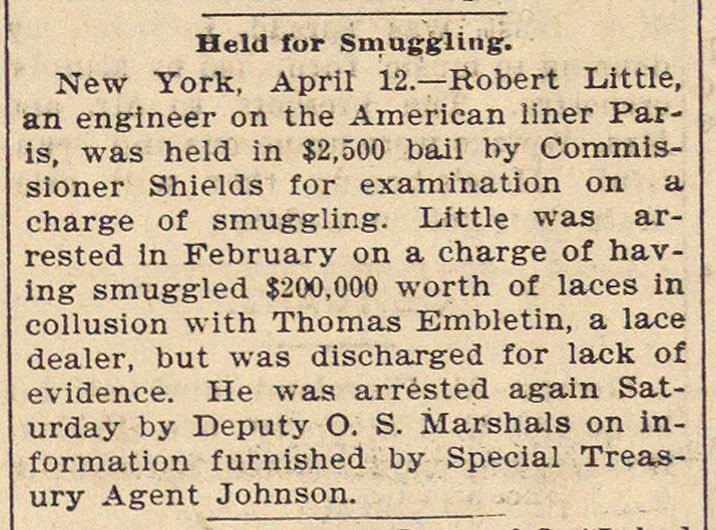 New York, April 12.- Robert Little an englneer on the American liner Paris, was held in $2,500 bail by Commissioner Shields for examination on a charge of smugglir.g. Little was arrested In February on a charge of having smuggled $200,000 worth of laces in collusion with Thomas Embletin, a lace dealer, but was discharged for lack of evidence. He was arrésted again Saturday by Deputy O. S. Marshals on information furnished by Special Treasury Agent Johnson.