Enchanted Rings Of The Greeks 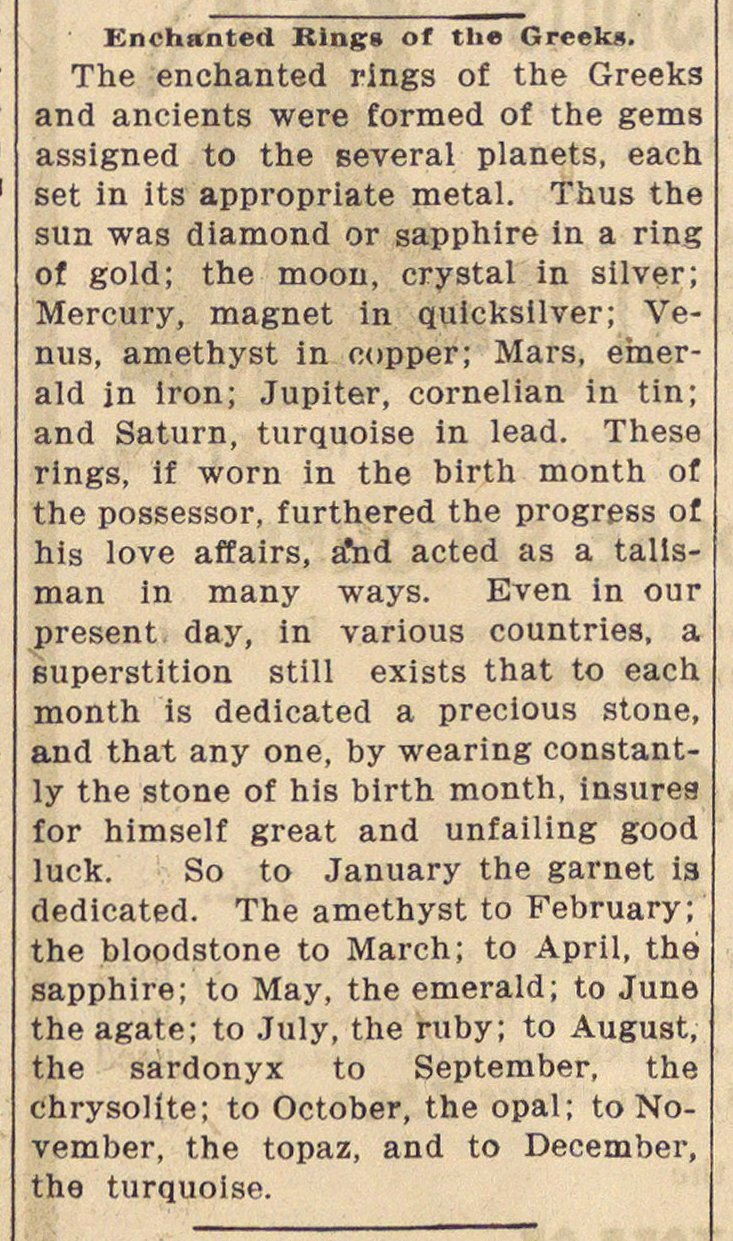 The enchanted rings of the Greeks and ancients were formed of the gems assigned to the severa! planets, each set in its appropriate metal. Thus the sun was diamond or sapphire in a ring of gold; the moon, crystal in silver; Mercury, magnet in quicksilver; Venus, amethyst in oopper; Mars, emerald jn Iron; Júpiter, cornelian in tin; and Saturn, turquoise in lead. These rings, if worn in the birth month of the possessor, furthered the progress of his love affairs, and acted as a talisman in many ways. Even in our present day, in various countries, a superstition still exists that to each month is dedicated a precious stone, and that any one, by wearing constantly the stone of his birth month, insurea for himself great and unfailing good luck. So to January the garnet is dedicated. The amethyst to February; the bloodstone to March; to April, the sapphire; to May, the emerald; to June the agate; to July, the ruby; to August, the sardonyx to September, the chrysolite; to October, the opal; to November, the topaz, and to December, the turquoise.