Where He Drew The Line 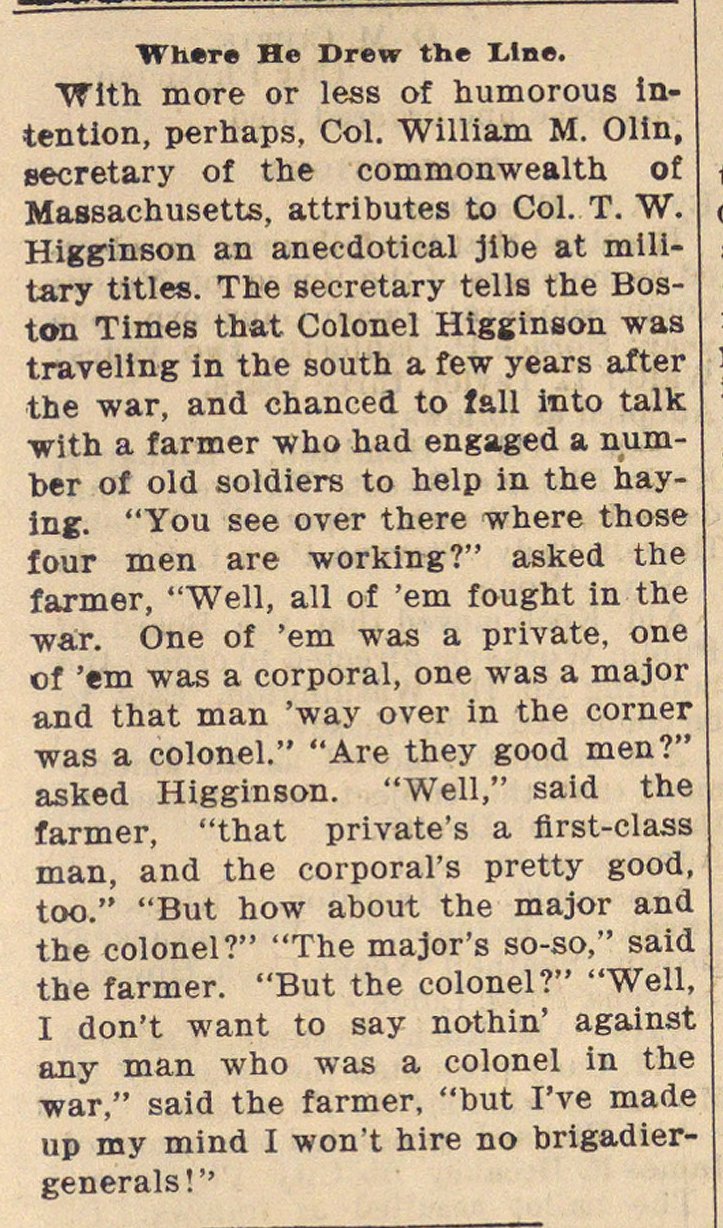 "With more or less of humorous iniention, perhaps, Col. William M. Olin, secretary of the commonwealth of Massachusetts, attributes to Col. T. W. Higginson an aneedotioal jibe at mlHtary titles. The secretary tells the Boston Times that Colonel Higginson was travellng In the south a few years after the war, and chanced to fall imto talk with a farmer who had engaged a number of old soldiere to help in the haying. "You see over there where those four men are working?" asked the farmer, "Well, all of 'em fought in the war. One of 'em was a private, one of 'em was a corporal, one was a major and that man 'way over in the corner was a colonel." "Are they good men?" asked Higginson. "Well," said the farmer, "that private's a first-class man, and the corporal's pretty good, too." "But how about the major and the colonel?" "The major's so-so," said the farmer. "But the colonel?" "Well, I don't want to say nothin' against any man who was a colonel in the war," said the farmer, "but I've made up my mind I won't hire no brigadiergeneráis ! "