Friends Will Miss Her 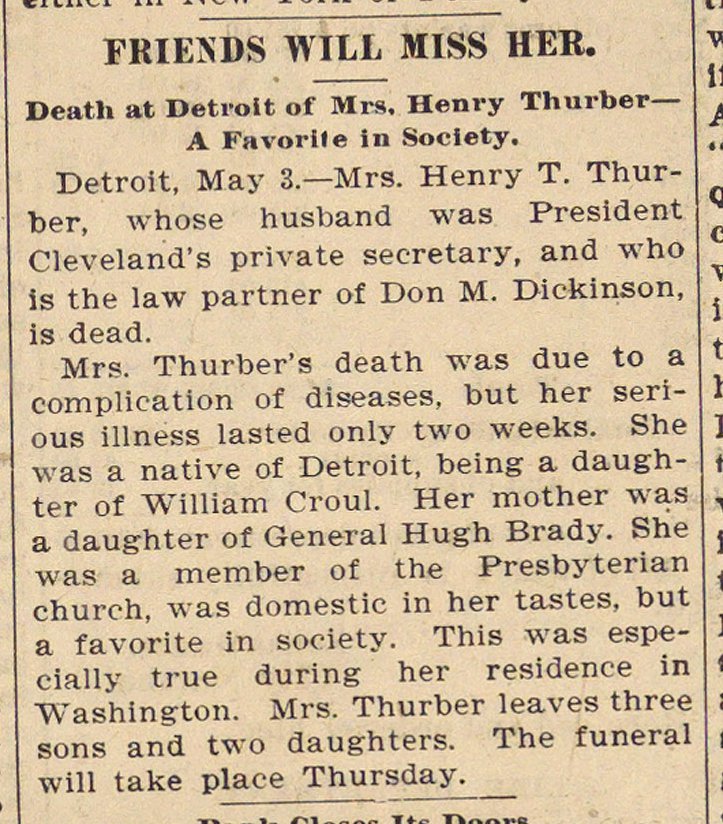 Detroit, May 3.- Mrs. Henry T. Thurber, whose husband was President Cleveland's private secretary, and who is the law partner of Don M. Dickinson, is dead. Mrs. Thurber's death was due to a complication of diseases, but her serious illness lasted only two weeks. She was a native of Detroit, being a daughter of William Croul. Her mother was a daughter of General Hugh Brady. She was a member of the Presbyterian church, was domestic in her tastes, but a favorite in society. This was especially true during her residence in Washington. Mrs. Thurber leaves three sons and two daughters. The funeral will take place Thursday.