Trials Of An "animal Artist." 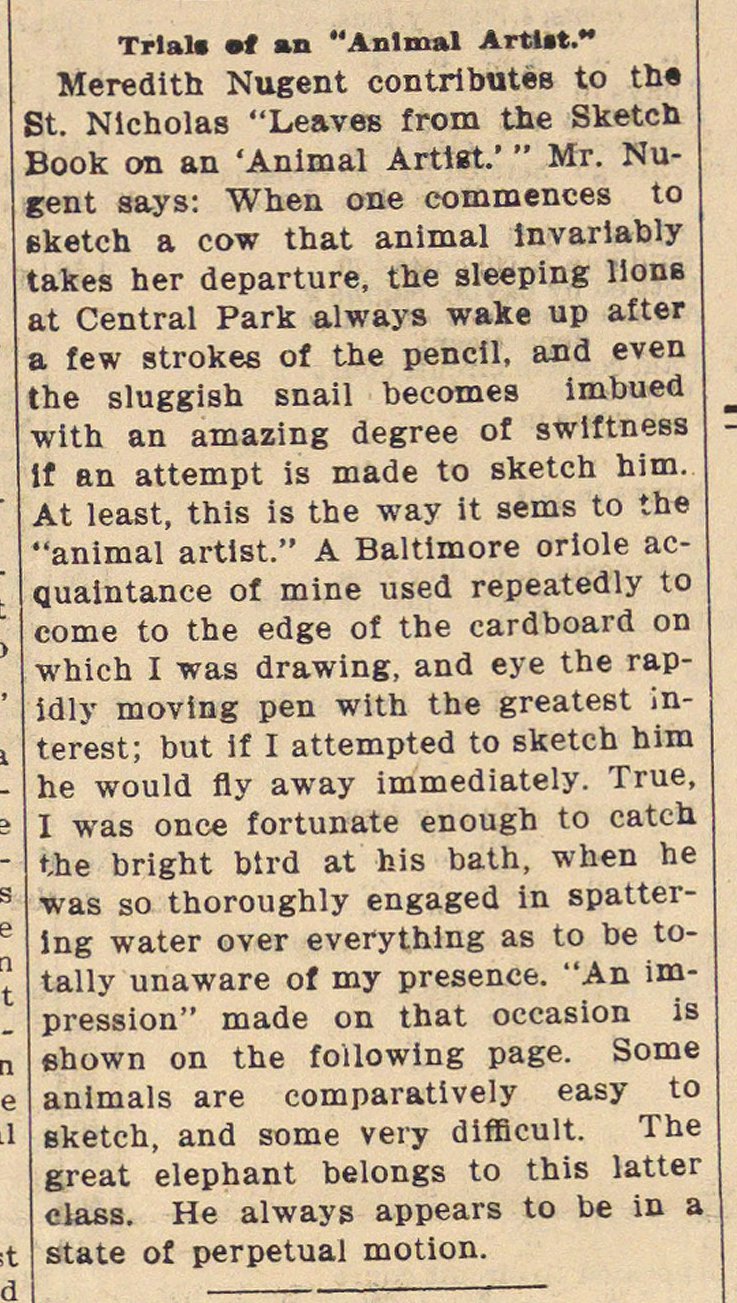 Meredith Nugent contributës to th St. Nicholas "Leaves from the Sketch Book cm an 'Animal Artist.' " Mr. Nugent says: When one commences to Bketch a cow that animal invariably takes her departure, the sleeping llonfs at Central Park always wake up after a few strokes of the pencil, and even the sluggish snail becomes imbued with an amazing degree of swiftnees tf an attempt is made to sketch him. At least, this is the way it sems to the "animal artist." A Baltimore oriole acQuaintance of mine used repeatedly to come to the edge of the cardboard on whicb. I was drawing, and eye the rapidly moving pen with the greatest interest; but if I attempted to sketch him he would fly away immediately. True, I was once fortúnate enough to catcli the bright blrd at bis bath, when he was so thoroughly engaged in spattering water over everythlng as to be totally unaware of my presence. "An impression" made on that occasion is ehown on the foilowing page. Some animáis are comparatively easy to eketch, and some very difficult. The great elephant belongs to this latter class. He always appears to be in a state of perpetual motion.