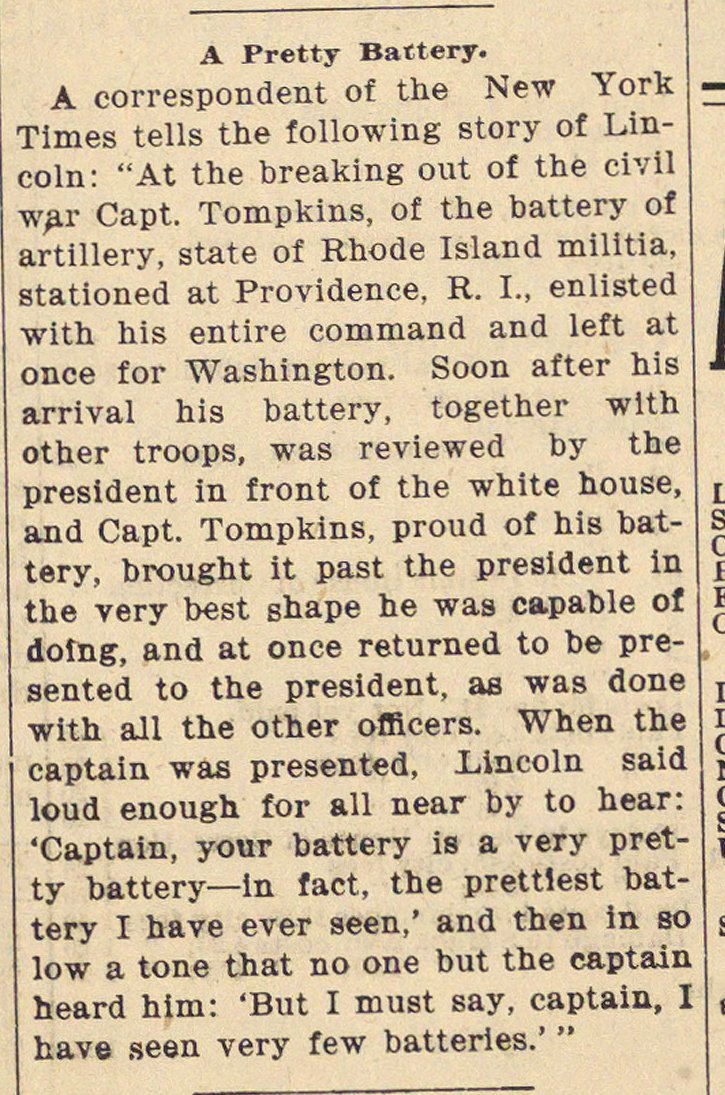 A correspondent of the New York Times tells the iollowing story of Lincoln: "At the breaking out of the civil wjir Capt. Tompkins, of the battery of artillery, state of Rhode Island militia, atationed at Providence, R. L, enlisted with his entire command and left at once for Washington. Soon after his arrival his battery, together with other troops, was reviewed by the president in front of the white house, and Capt. Tompkins, proud of his battery, brought it past the president in the very best shape he was capable of dolng, and at once returned to be presented to the president, as was done ■with all the other officers. When the captain was presented, Uncoln said loud enough for all near by to hear: 'Captain, your battery is a very pretty battery- in fact, the prettlest battery I have ever seen,' and then in so low a tone that no one but the captain heard him: 'But I must say, captain, I have seen very few batteries.' "