It is no longer Cónsul-Genera Lee, but ... 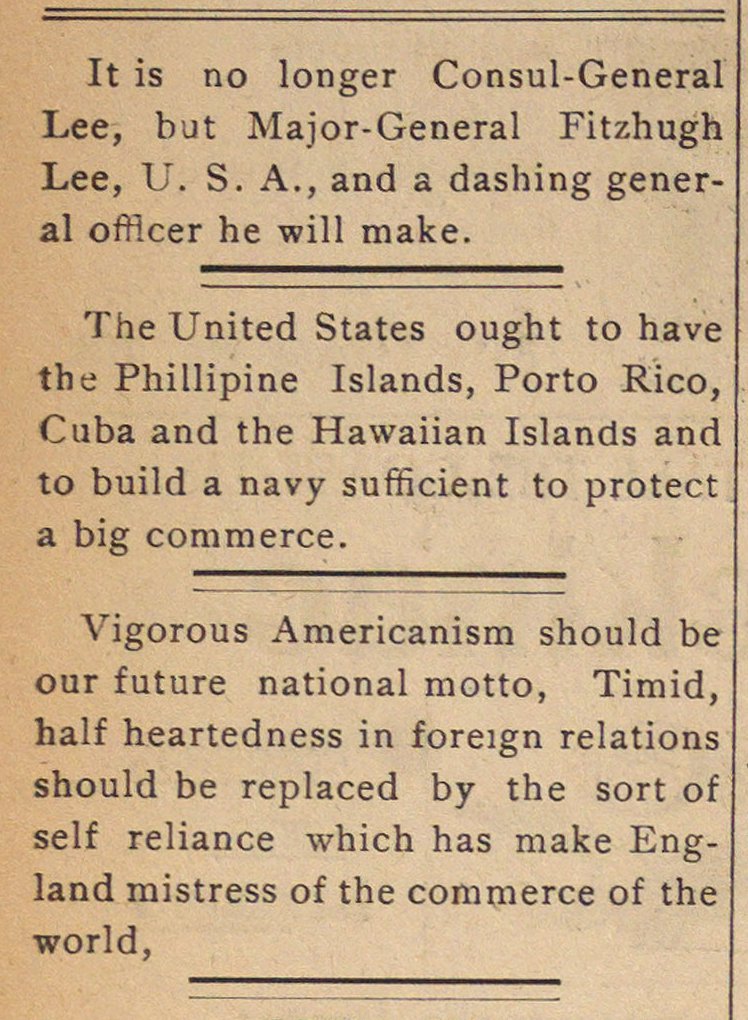 It is no longer Cónsul-Genera Lee, but Major-General Fitzhugh Lee, U. S. A., and a dashing general oflïcer he will make. The United States ought to have the Phillipine Islands, Porto Rico, Cuba and the Hawaiian Islands anc to build a navy sufficient to protect a big commerce. Vigorous Americanism should be our future national motto, Timid, half heartedness in foreign relations should be replaced by the sort of self reliance which has make England mistress of the commerce of the world,