Death Of An Old Veteran 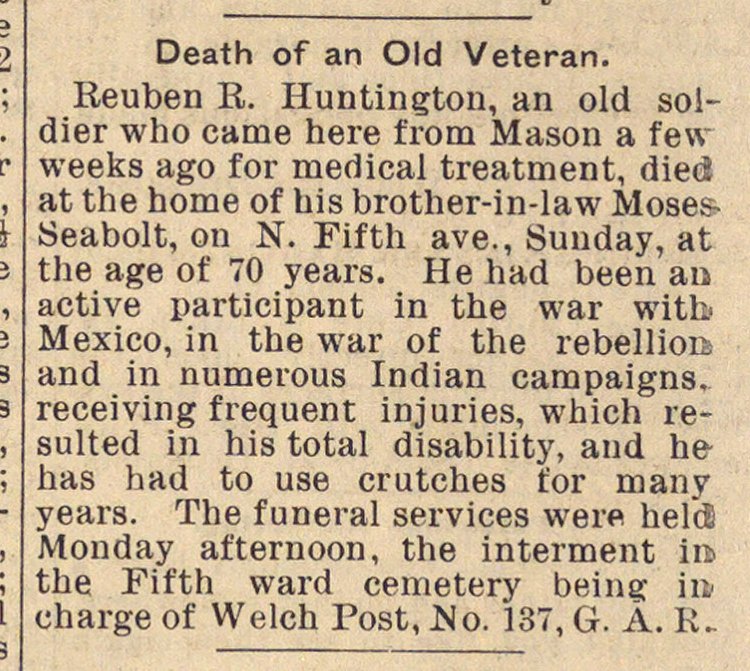 Reuben R. Huntington, an old soldier who carne here from Masón a few weeks ago for medical treatment, died at the home of his brother-in-law MosesSeabolt, on N. Fifth ave., Sunday, at the age of 70 years. He had been an active participant in the war witb Mexico, in the war of the rebellioiis and in numerous Indian campaigns, receiving frequent injuries, which resulted in his total disability, and hehas had to use crutches for many years. The funeral services were held Monday afternoon, the interment in the Fifth ward cemetery being in charge of Welen Post, Ho. 137, G. Á. R.