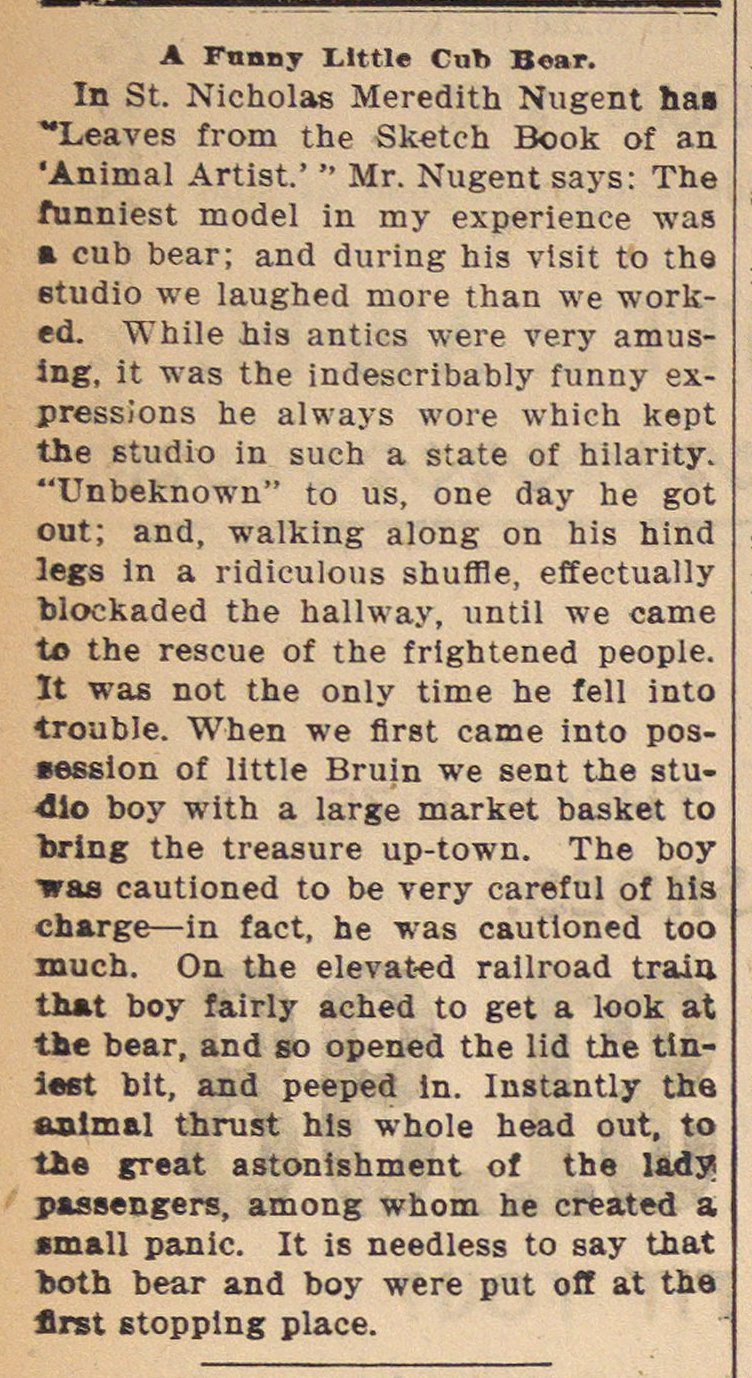 In St. Nicholas Meredith Nugent ha "Leaves from the Sketch Bcok of an 'Animal Artist.' " Mr. Nugent says: The funniest model in my experience was a cub bear; and during nis vlsit to the studio we laughed more than we worked. While hia antics were very amusing, it was the indescribably funny expressions he always wore which kept the studio in such a state of hilarity. "Unbeknown" to us, one day he got out; and, walking along on nis hind legs in a ridiculous shuffle, effectually blockaded the hallway, until we came to the rescue of the frightened people. It was not the only time he feil into trouble. When we flrst came into posBession of little Bruin we sent the studio boy with a large market basket to bring the treasure up-town. The boy was cautioned to be very careful of his charge - in fact, he was cautioned too much. On the elevated railroad train thjit boy fairly ached to get a look at the bear, and so opened the lid the tlni6t bit, and peeped in. Instantly the animal thrust his whole head out, to the great astonishment of the lady passengere, among whom he created a mail panic. It is needless to say that both bear and boy were put off at the flrst stopping place.