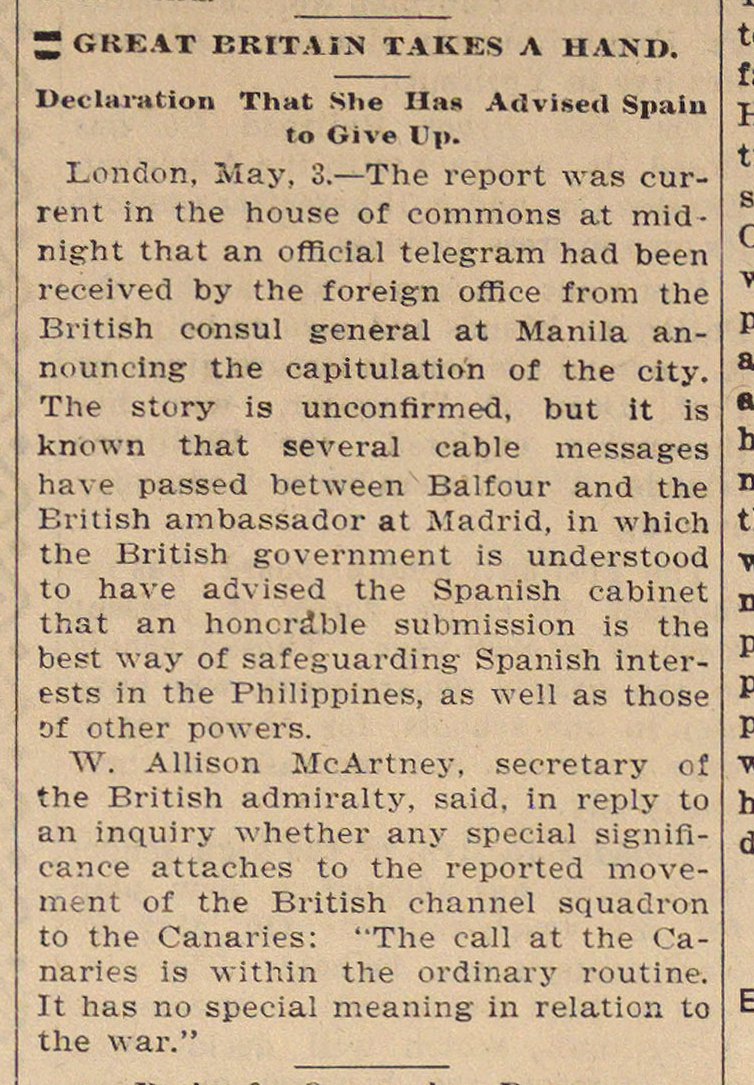 Londen, May, 3. - The report was current in the house of eommons at midnight that an official telegram had been received by the foreign office from the British consul general at Manila announcing the capitulation of the city. The story is unconfirmed, but it is known that several cable messages have passed between Balfour and the British arnbassador at Madrid, in whieh the British government is understood to have advised the Spanish cabinet that an honci'áble submission is the best way of safeguarding Spanish interests in the Philippines, as well as those of other powers. W. Allison McArtney, seoretary oL the British admiralty, said, in reply to an inquiry whether any special significance attaches to the reported movement of the British ehannel squadron to the Canaries: "The cali at the Canaries is within the ordinary routine. It has no special meaning in relation to the war."