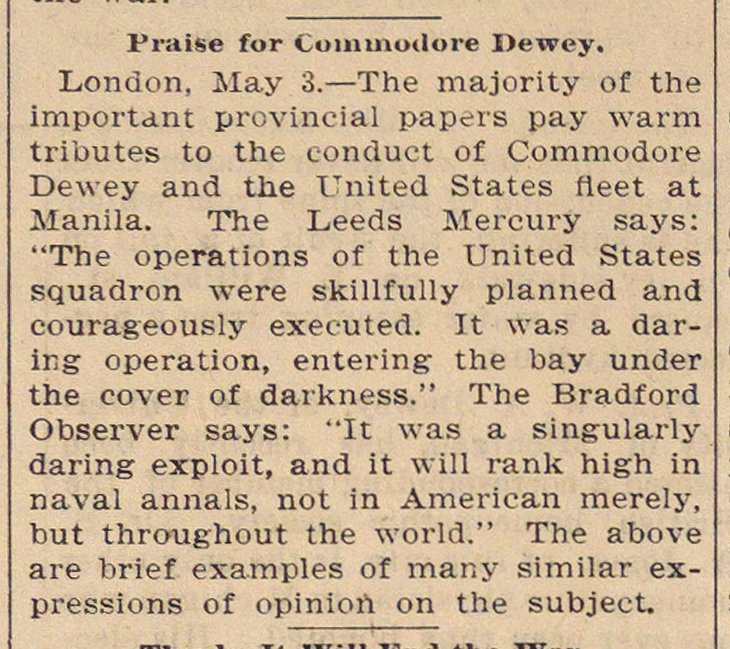 London, May 3. - The majority of the important provincial papers pay warm tributes to the conduct of Commodore Dewey and the United States fleet at Manila. The Leeds Mercury says: "The operations of the United States squadron were skillfully planned and courageously exeeuted. It was a daring operation, entering the bay under the cover of darkness." The Bradford Observer says: "It was a singularly daring exploit, and it will rank high in naval annals, not in American merely, but throughout the world." The above are brief examples of many similar expressions of opinioïi on the subject.