A Royal Record Saved Him 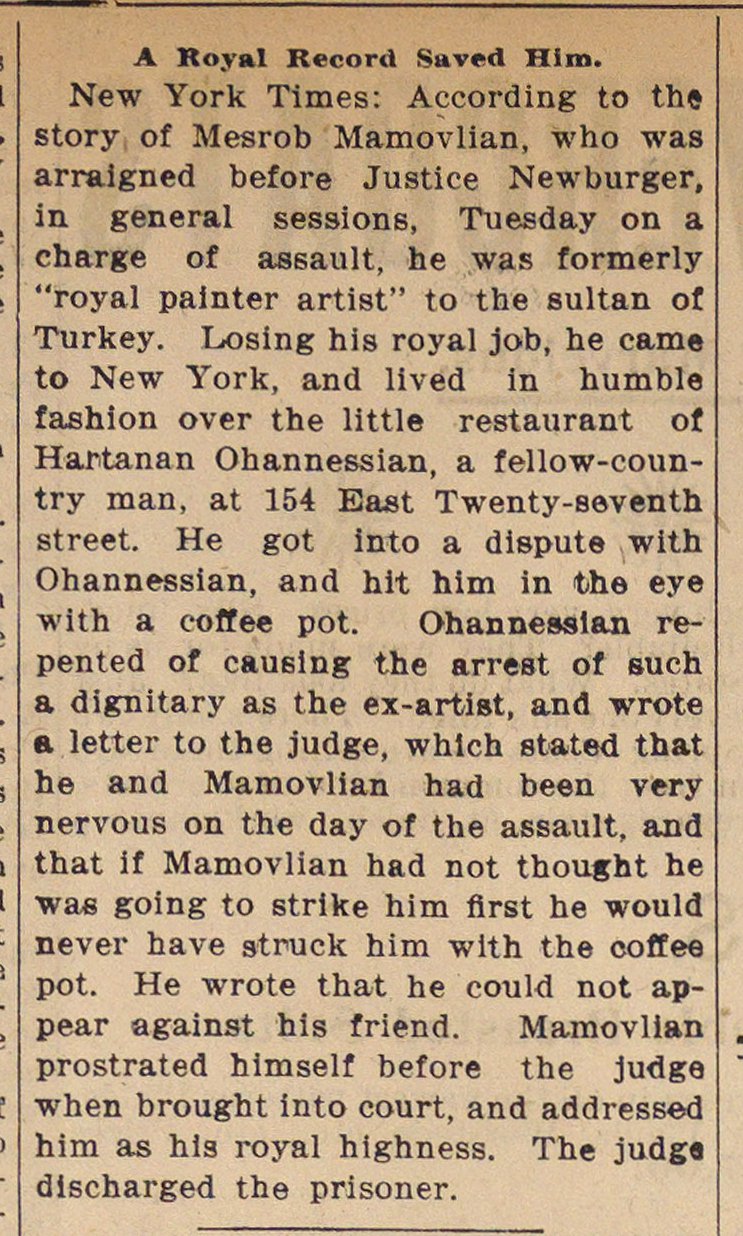 New York Times: According to the story of Mesrob Mamovlian, who was arraigned before Justice Newburger, in general sessions, Tuesday on a charge of assault, he was formerly "royal painter artist" to the sultan ot Turkey. Losing his royal job, he carne to New York, and lived in humble fashion over the little restaurant of Hartanan Ohannessian, a fellow-country man, at 154 East Twenty-seventh street. He got into a dispute with Ohannessian, and hit hlm in the eye with a eoffee pot. Ohannessian repented of causing the arrest of such a dignitary as the ex-artist, and wrote a letter to the judge, which stated that he and Mamovlian had been very nervous on the day of the assault, and that if Mamovlian had not thought he was going to strike him first he would never have struck him with the coffee pot. He wrote that he could not appear against his friend. Mamovlian prostrated himself before the judge when brought into court, and addressed him as his royal highness. The judga discharged the prisoner.