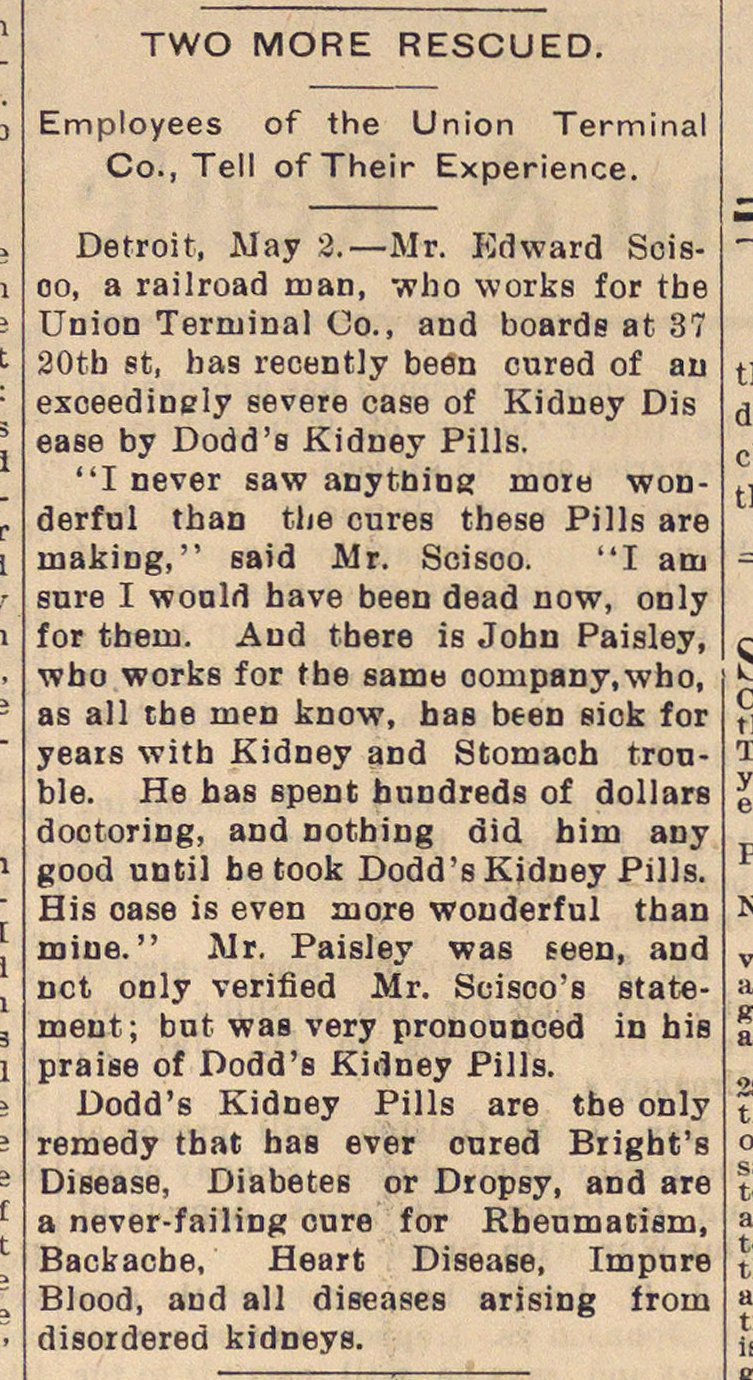 Detroit, May 2. - Mr. Edward Scisoo, a railroad man, who vvorks for tbe Union Terminal Co. , and boarde at 37 20th st, has recently been cured of ais exoeedinely severe case of Kidney Dis ease by Dodd's Kidney Pilis. "I never saw anytning more wonderfnl than tlie cures these Pilis are raaking," said Mr. Scisoo. "I arn snre I wonld have been dead now, only for tberu. And tbere is John Paisley, wbo works for the same oompany.who, as all the men know, has been sick for years with Kidney and Stomach trouble. He has spent hundreds of dollars dootoring, and nothing did him any good until be took Dodd's Kidney Pilis. His oase is even more wouderful than mine." Mr. Paisley was seeu, and net only verified Mr. Scisoo's statement; but was very pronounoed in his praise of Dodd's Kidney Pilis. Dodd's Kidney Pilis are the only remedy that has ever oured Bright's Disease, Diabetes or Dropsy, and are a never-failing cure for Rbenmatism, Backacbe, Heart Disease, Impnre Blood, and all diseases arising from disordered kidneys.