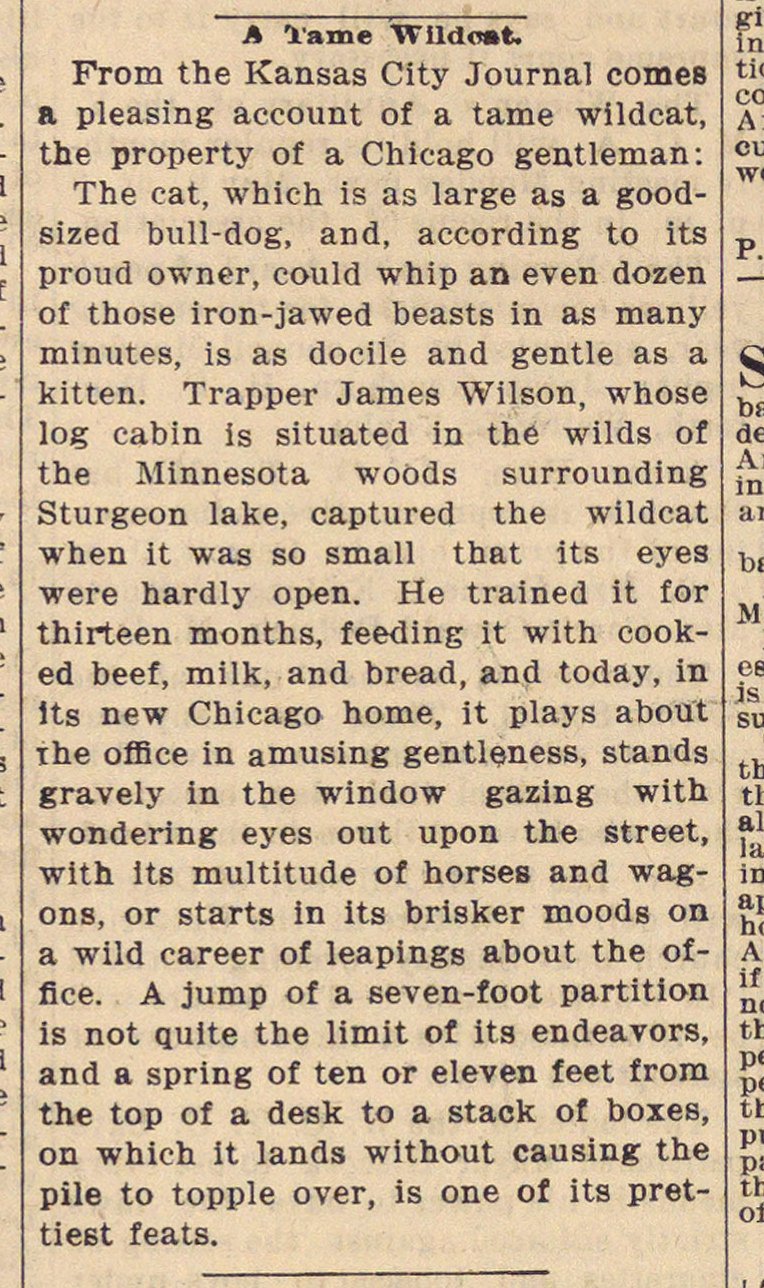 From the Kansas City Journal comes ' a pleasing account of a tame wildcat, ' the property of a Chicago gentleman: The cat, which is as large as a goodsized bull-dog, and, according to its - proud owner, could whip an even dozen . of those iron-jawed beasts in as many minutes, is as docile and gentle as a i kitten. Trapper James Wilson, whose log cabin is situated in the wilds of the Minnesota woOds surrounding Sturgeon lake, captured the wildcat i when it was so small that its eyes ] were hardly open. He trained it for thirteen months, feeding it with cooked beef, milk, and bread, and today, in lts new Chicago home, it plays about the office in amusing gentleness, stands gravely in the window gazing with wondering eyes out upon the street, j with its multitude of horses and wagi ons, or starts in its brisker moods on ' a wild career of leapings about the of, fice. A jump of a seven-foot partition ] is not quite the limit of lía endeavors, i and a spring of ten or eleven feet from ! the top of a desk to a stack of boxes, i on which it lands without causing the ! pile to topple over, is one of its prettiest feats.