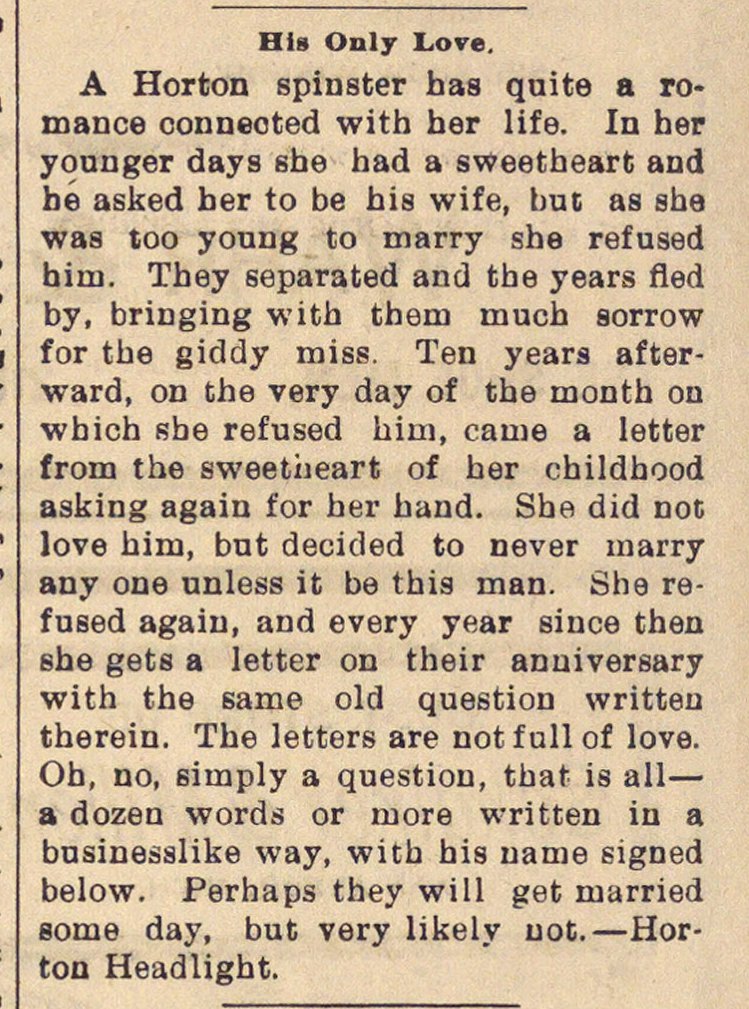 A Horton spinster nas quite a romance conneoted with ber life. ín ber younger days sbe had a sweetheart and be asked ber to be bis wife, trac as sbe was too young to marry she refused hini. Tbey separated and the years fled by, bringing with them much sorrow for the giddy miss. Ten years afterward, on the very day of the month on wbich sbe refused biui, carne a letter from the sweetiieart of her childhood asking again for ber band. She did not love hini, but decided to never marry any one unless it be this man. She refused again, and every year since then she gets a letter on their anniversary with the same oíd question writteu therein. The letters are not f uil of love. Oh, no, simply a questiou, that is all - a dozen words or more written in a businesslike way, with bis name signed below. Perhaps they will set married