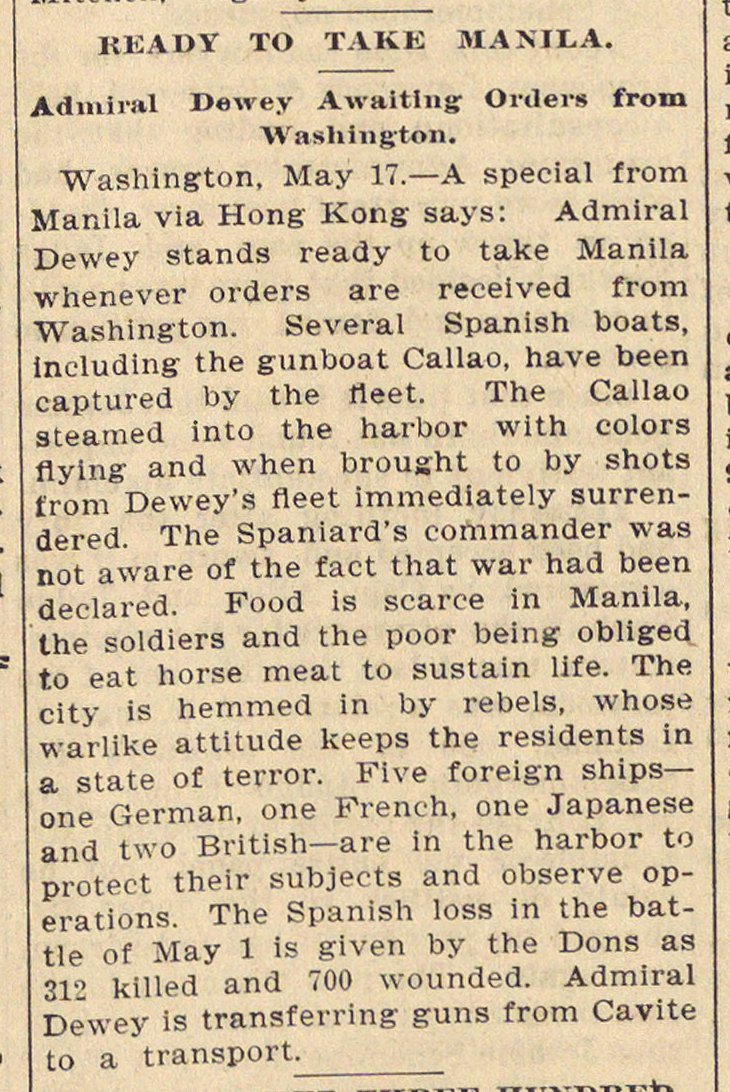 Washington, May 17. - A special from Manila via Hong Kong says: Admiral Dewey stands ready to take Manila whenever orders are received from Washington. Several Spanish boats, including the gunboat Callao, have been captured by the tleet. The Callao steamed into the harbor with colors flylng and when brought to by shots from Devvey's fleet immediately surrendered. The Spaniard's eommander was not aware of the fact that war had been declared. Food is scarce in Manila, the soldiers and the poor being obliged to eat horse meat to sustain life. The city is hemmed in by rebels, whose warlike attitude keeps the residents in a state of terror. Five foreign ships- one Germán, one French, one Japanese and two British- are in the harbor to protect their subjects and observe operations. The Spanish loss in the battle of May 1 is given by the Dons as 31 killed and 700 wounded. Admiral Dewey is transferring guns from Cavite to a transport.