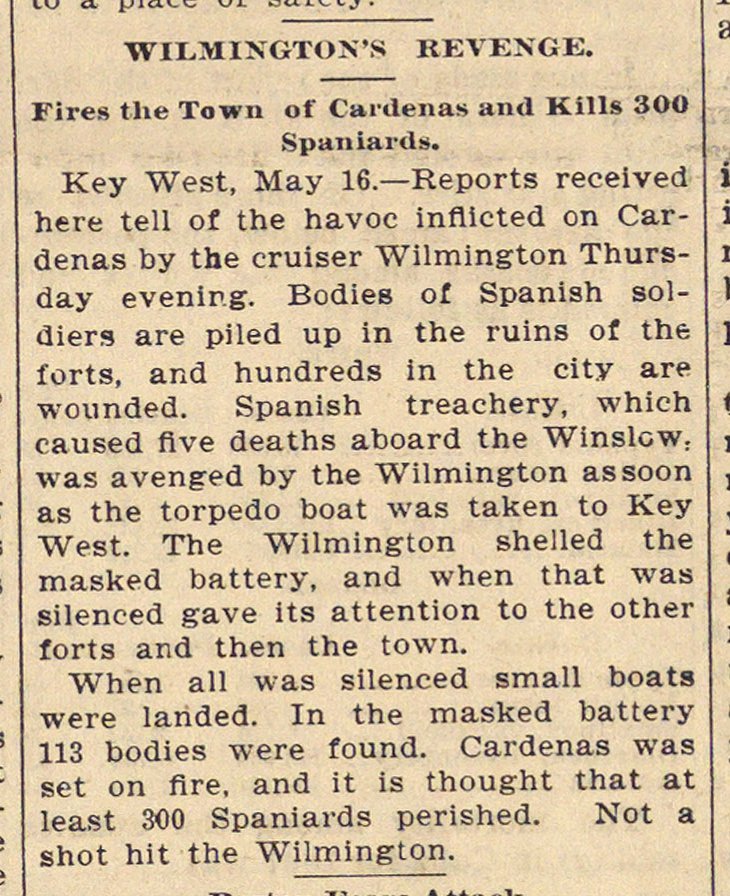 Key West, May 16.- Reports received here teil of the havoc inflicted on Cárdenas by the cruiser Wilmington Thursday evening. Bodies oL Spanish soldiers are piled up in the ruins of the forts, and hundreds In the city are wounded. Spanish treachery, which caused flve deaths aboard the Winslcw, was avenged by the Wilmington assoon as the torpedo boat was taken to Key West. The Wilmington shelled the masked battery, and when that was silenced gave its attention to the other forts and then the town. When all was silenced small boats were landed. In the masked battery 113 bodies were found. Cárdenas was set on fire, and it is thought that at least 300 Spaniards perished. Not a shot hit the Wilmington.