Ages Of The World's Charmers 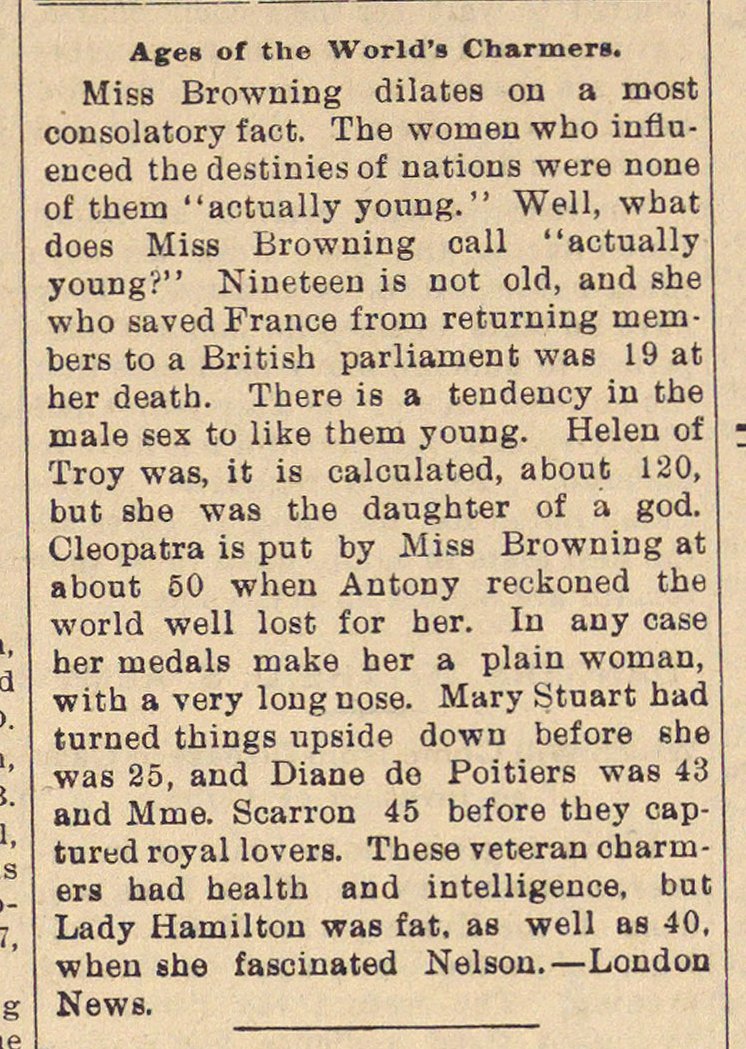 Miss Browning dilates on a most consolatory fact. The women who iufluenced the destiniesof nations were none of thein "actually young." Well, what does Miss Browning oall "actually young?" Nineteen is not old, and she who savedFranoe froni returning members to a British parliament was 19 at her death. There is a tendency in the male sex to like them young. Helen of Troy was, it is oalculated, about 120, but she was the daughter of a god. Cleopatra is put by Miss Browning at about 50 when Antony reckoned the world well lost for ber. In any case her medals make her a plain woman, with a very lougnose. Mary Stuart had turned things upside down before 6ne was 25, and Diane do Poitiers was 43 and Mme. Scarron 45 before they captured royal lovers. These veteran oharmers had health and intelligence, but Ladv Hamilton was fat. as well as 40,