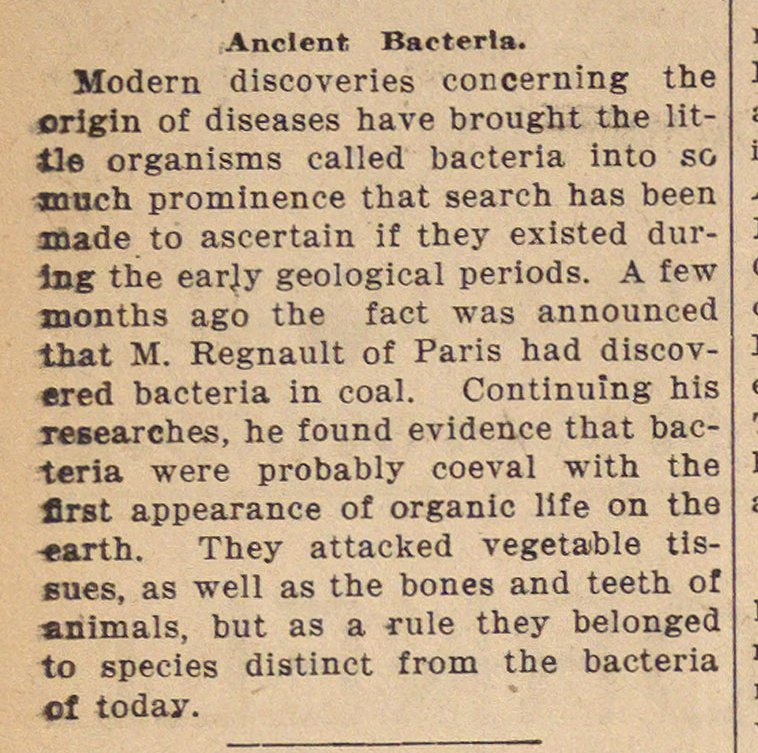 Modern discoveries concernïng the orlgin of diseases have brought the littïe organisms called bacteria into so xnuch prominence that search has been made to ascertain if they existed durtog the earjy geological periods. A few months ago the fact was announced üiat M. Regnault of Paris had discovered bacteria in coal. Continuing his researches, he found evidence that bacteria were probably coeval with the flrst appearance of organic life on the -earth. They attacked vegetaible tissues, as well as the bones and teeth of animáis, but as a rule they belonged to species distinct from the bacteria of today.