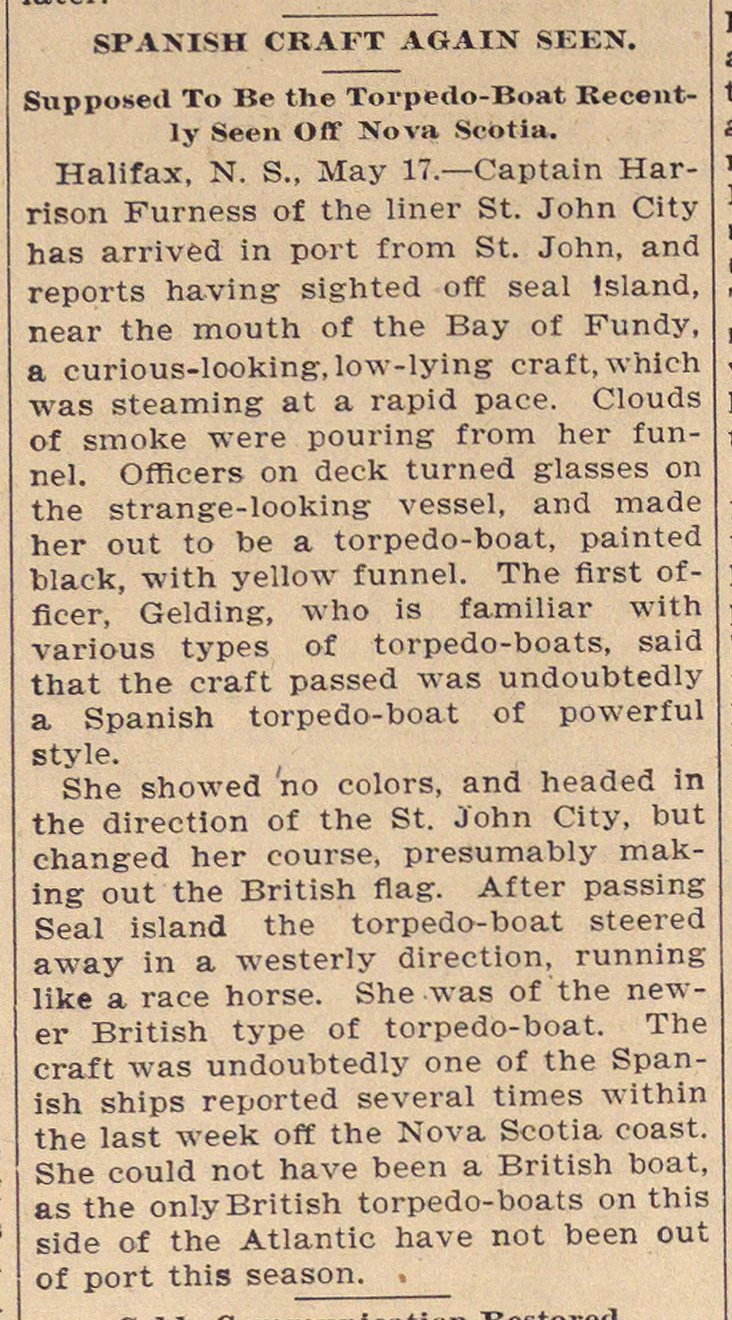 Halifax, N. S., May 17.- Captain Harrison Furness of the liner St. John City has arrivêd in port from St. John, and reports having sighted ofï seal tsland, near the mouth of the Bay of Fundy, a curious-looking, low-lying craft, which was steaming at a rapid pace. Clouds of smoke were pouring from her tunnel. Officers on deck turned glasses on the strange-looking vessel, and made her out to be a torpedo-boat, painted black, -with yellow funnel. The first officer, Gelding, who is familiar with various types of torpedo-boats, said that the craft passed was undoubtedly a Spanish torpedo-boat of powerful style. She showed no colors, and headed in the direction of the St. John City, but changed her course, presumably making out the British flagr. After passing Seal island the torpedo-boat steered away in a -westerly direction, running like a race horse. She was of the newer British type of torpedo-boat. The craft w-as undoubtedly one of the Spanish ships reported several times within the last week off the Nova Scotia coast. She could not have been a British boat, as the only British torpedo-boats on this side of the Atlantic have not been out of port this season. ■