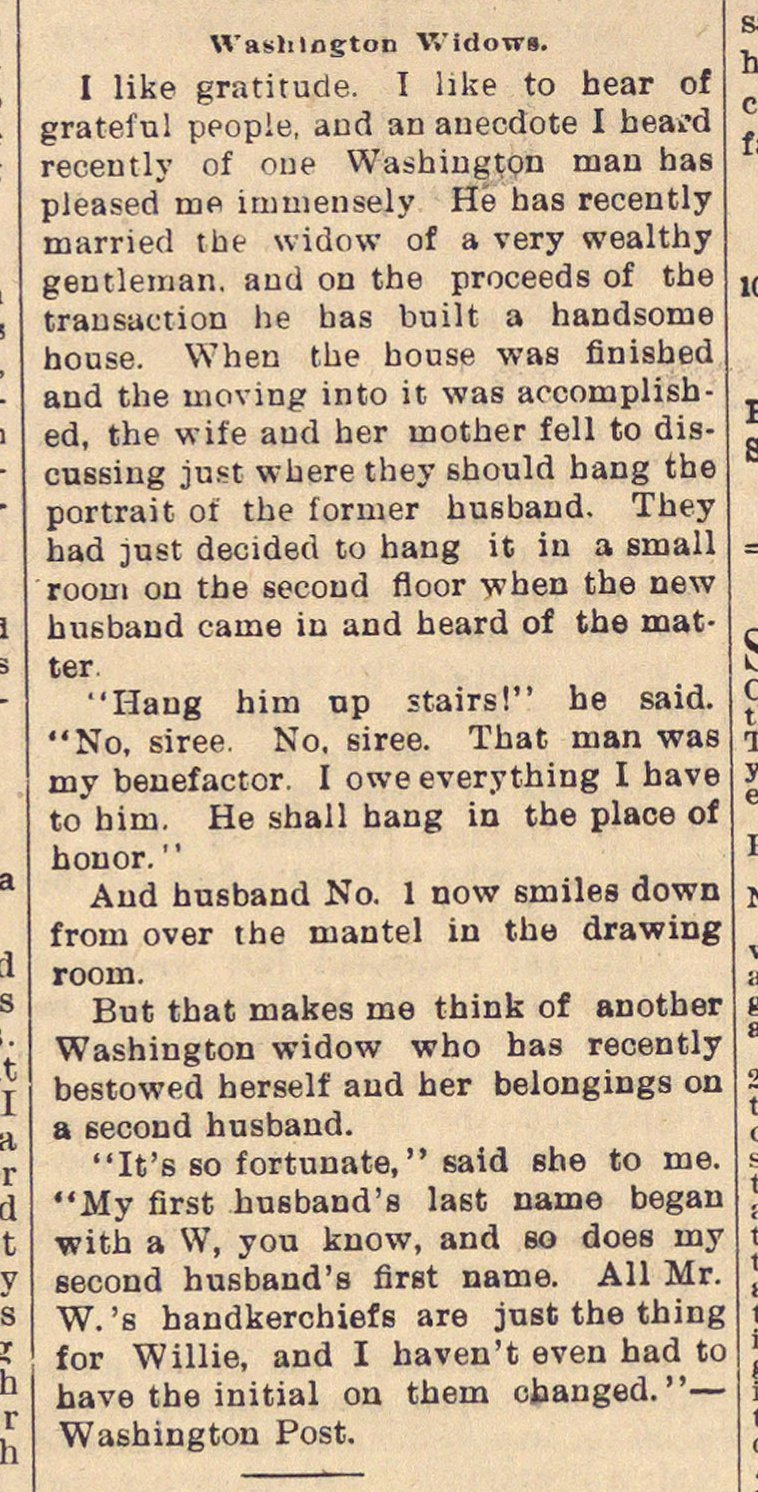 I like gratitude. I like to bear of grateful peopie, aud an anecdote I heaed receutly of oue Washington man has pleased mí imuiensely Hé has recently married the widow of a very wealthy gentleinan. and on the proceeds of the trausaction he has built a handsome house. When the house was finished and the uioving into it was aocomplished, the wife aud her ïnother feil to discussing just where they should hang the portrait of the former husband. They had just decided to hang it in a small room on the second floor wben the new husband caine in and heard of the matter "Hang him np stairs!" he said. "No, siree. No, siree. That man was my benefactor. I owe everything I have to him. He shall hang in the place of honor." And husband No. 1 now smiles down from over the mantel in the drawing room. But that makes me think of another Washington widow who has recently bestowed herself and her belongings on a second husband. "It's so fortúnate," said ene to me. "My first busband's last name began with a W, you know, and so does my second husband's flrst name. All Mr. W. 's handkerchiefs are just the thing for Willie, and I haven't even had t have the initial on them cbanged. " - Washington Post.