Three Deaths In One Day 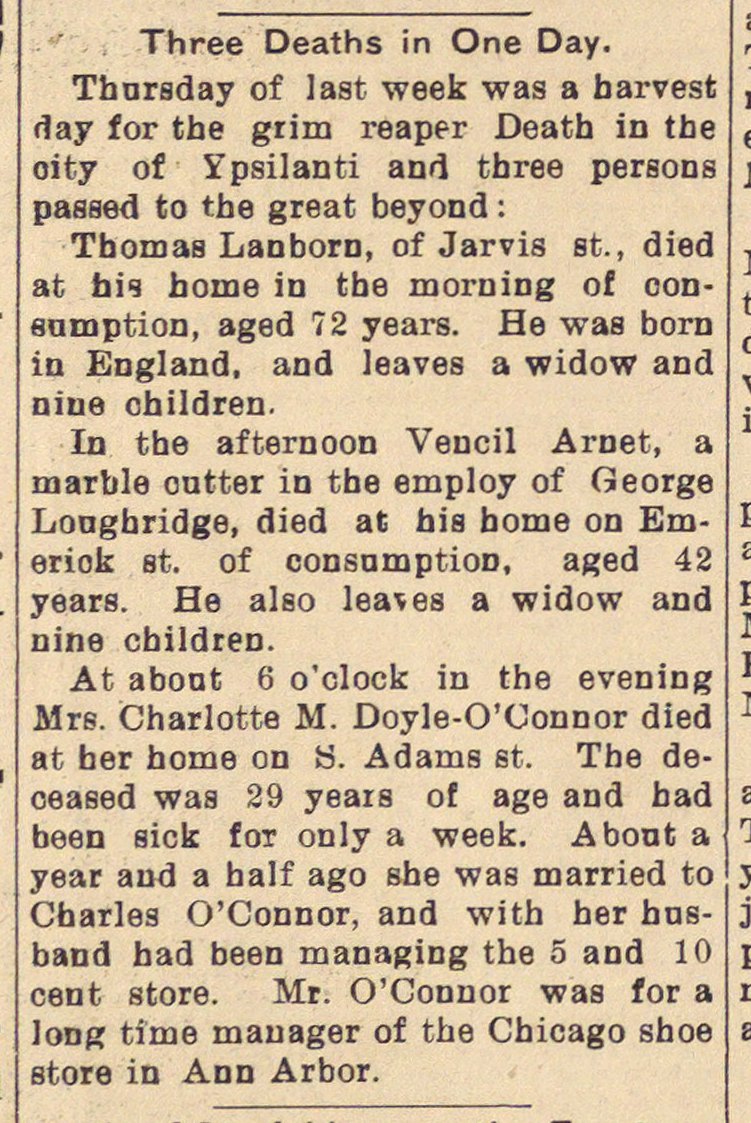 Thursday of last week was a barvest rtay for the grim reaper Deatb in the oity of ïpsilanti and three persons passed to the great beyond : Thomas Lanborn, of Jarvis st., died at bis bome in tbe morning of conanmption, aged 72 years. He was bom in England, and Ieaves a widow and niue obildren. In the afternoon Vencil Arnet, a marble ontter in the employ of George Longbridge, died at bis bome on Emeriok st. of consamption, aged 42 years. He also leaves a widow and nine cbildren. At abont 6 o'clock in the evening Mrs. Charlotte M. Doyle-O'Connor died at her home on S. Adams st. The deceased was 29 yeais of age and had been sick for only a week. Abont a year and a half ago she was married to Charles O'Connor, and with her hnsband bad been managing the 5 and 10 cent store. Mr. O'Connor was for a long time manager of the Chicago shoe store in Ann Arbor.