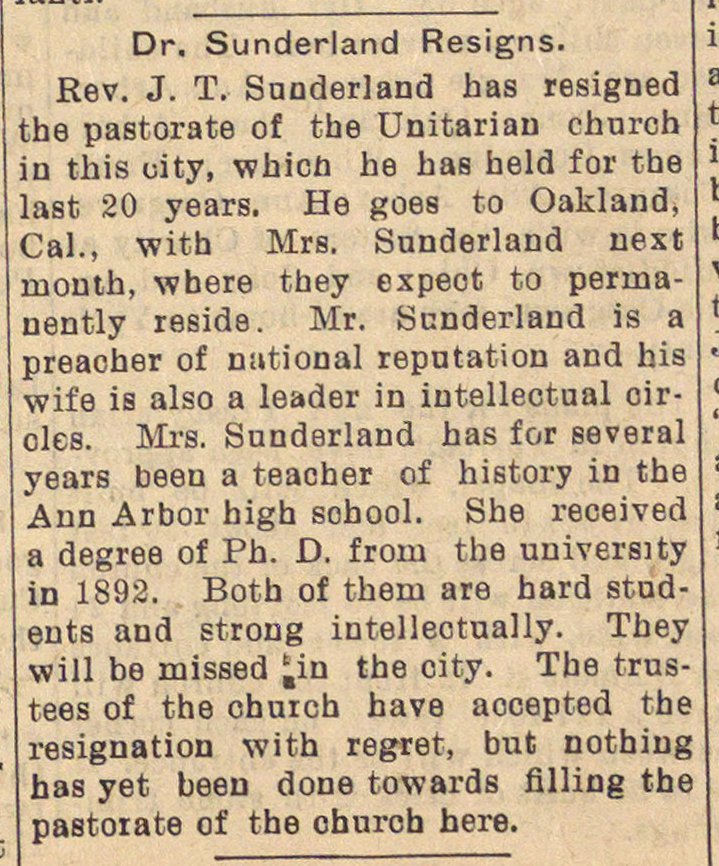 Rev. J. T. Sunderland has resigned the pastorate of the Unitarian church in this city, which he has held for the last 20 years. He goes to Oakland, Cal., with Mrs. Sunderland next month, where they expect to perrnauently reside. Mr. Sunderland is a preacher of national repntation and his wife is also a leader in intellectual oirolcs. Mrs. Sunderland has for several years been a teacher of history in the Ann Arbor high sobool. She received a degree of Ph. D. froru the university in 1892. Both of them are hard stodents and strong intellectnally. They will be missed in the oity. The trustees of the church have accepted the resignation with regret, but nothiug has yet been done towards filling the pastoiate of the churoh here.