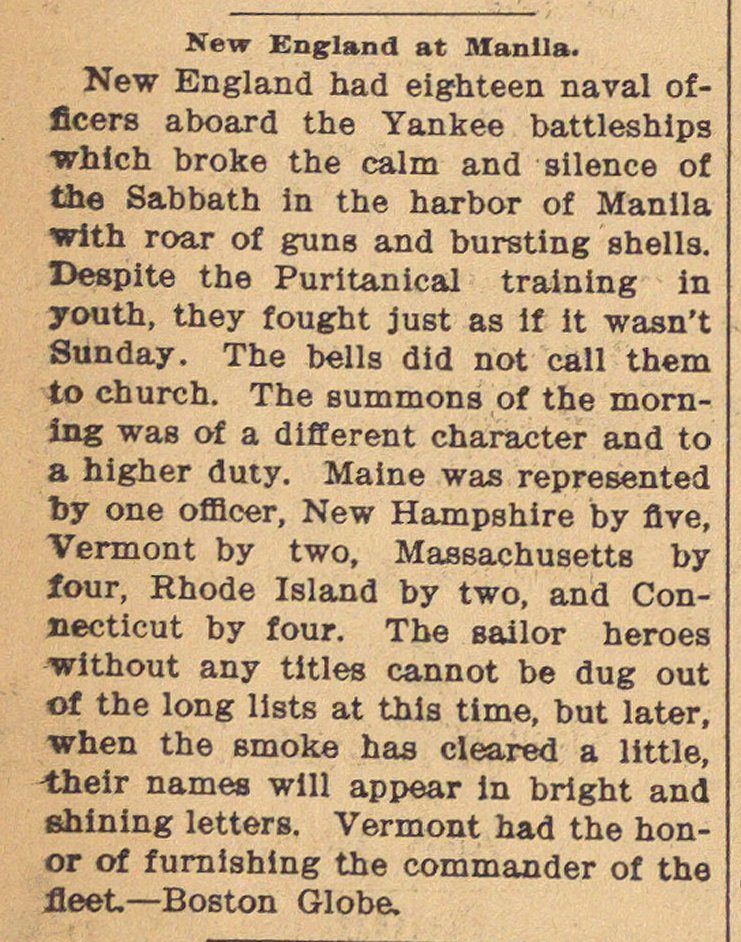 New England had eighteen naval offlcers aboard the Yankee battleships which broke the calm and silence of tlie Sabbath in the harbor of Manila with roar of guns and bursting shells. Despite the Puritanical training in youth, they fought just as if it wasn't Sunday. The bella did not cali them to church. The summons of the morning was of a different character and to a higher duty. Maine was represented ty one offlcer, New Hampshire by five, Vennont by two, Massachueetts by iour, Rhode Island by two, and Connecticut by four. The sailor héroes without any titles cannot be dug out of the long lists at this time, but later, when the smoke has cleared a little, their names will appear in bright and shining letters. Vermont had the honor of furnishing the commander of the