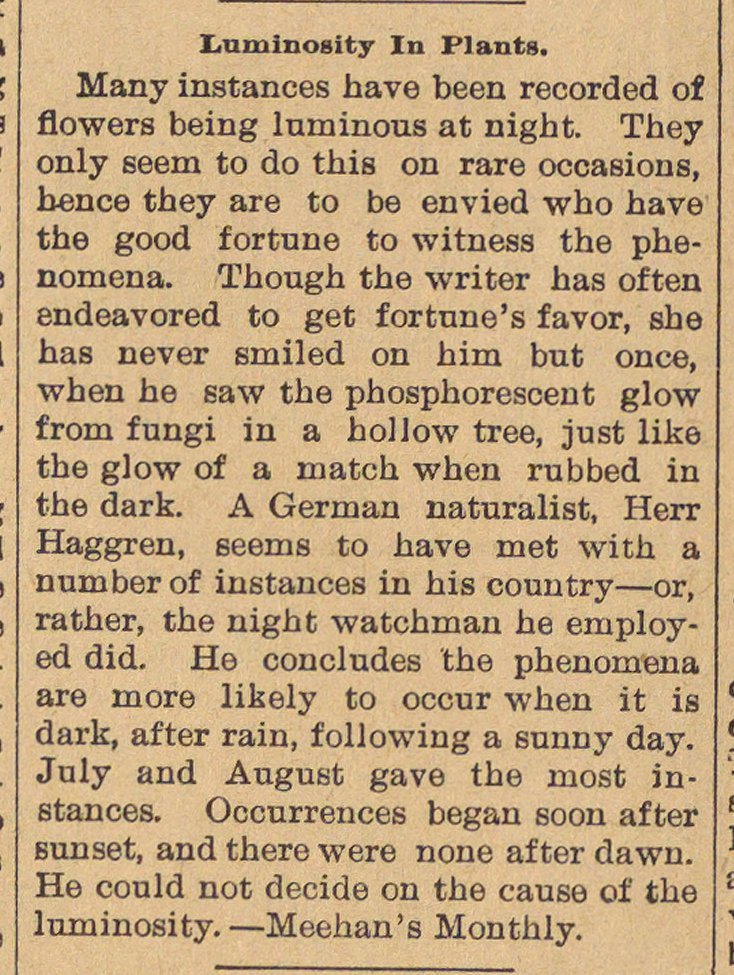 Many instances have been recorded of flowers being luminous at night. They only seem to do this on rare occasions, bence they are to be envied who have the good fortune to witness the phenomena. ïhough the writer has often endeavored to get fortune's favor, she has never smiled on him but once, when he saw the phosphorescent glow f rom fungi in a hollow tree, just like the glow of a match when rubbed in the dark. A Germán naturalist, Herr Haggren, seems to have met with a numberof instances in nis country - or, rather, the night watchman he eruployed did. He concludes the phenomena are more likely to occur when it is dark, after rain, folJowing a sunny day. July and August gave the most instances. Occurrences began soon after sunset, and there were none after dawn. He could not decide on the cause of the luminosity. -