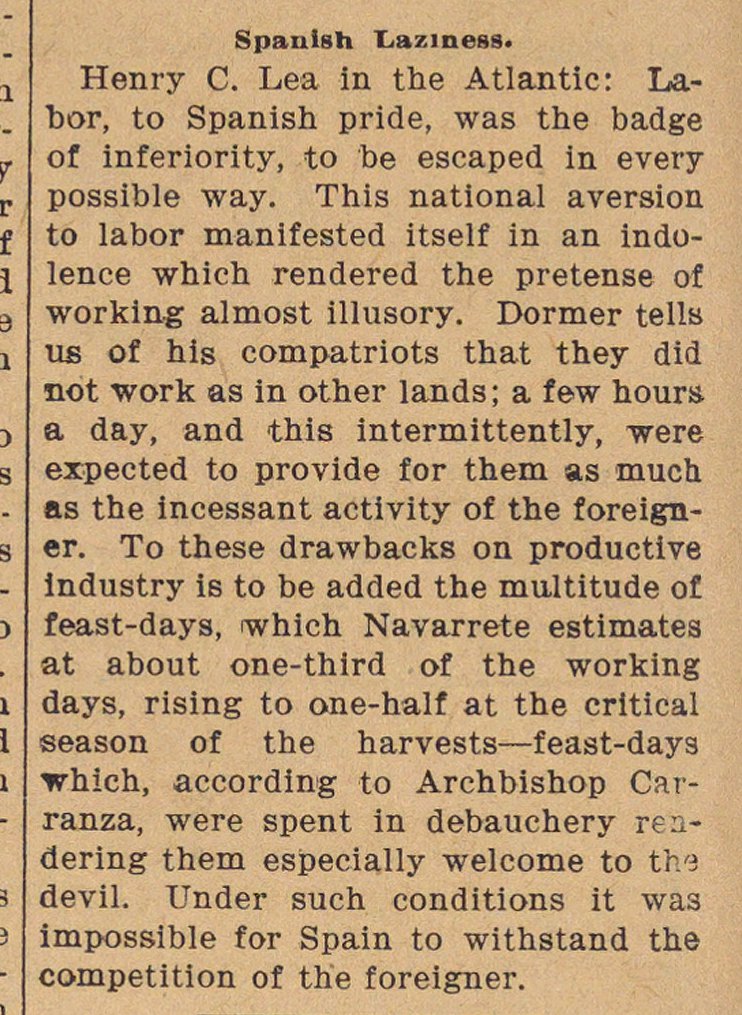 Henry C. lea in tne Atlantic: Labor, to Spanish pride, was the badge of inferiority, to be escaped in every possible way. This national aversión to labor manifested itself in an indolence which rendered the pretense of working almost illusory. Dormer tells us of his compatriots that they did not work as in other lands; a few hours a day, and this intermittently, were expected to provide for them as much as the incessant activity of the foreigner. To these drawbacks on productive industry is to be added the multitude of feast-days, which Navarrete estimates at about one-third of the working days, rising to one-half at the critical season of the harvests - feast-days which, according to Archbishop Carranza, were spent in debauchery rendering them especially welcome to the devil. Under such conditions it was impossible for Spain to withstand the competition of the foreigner.