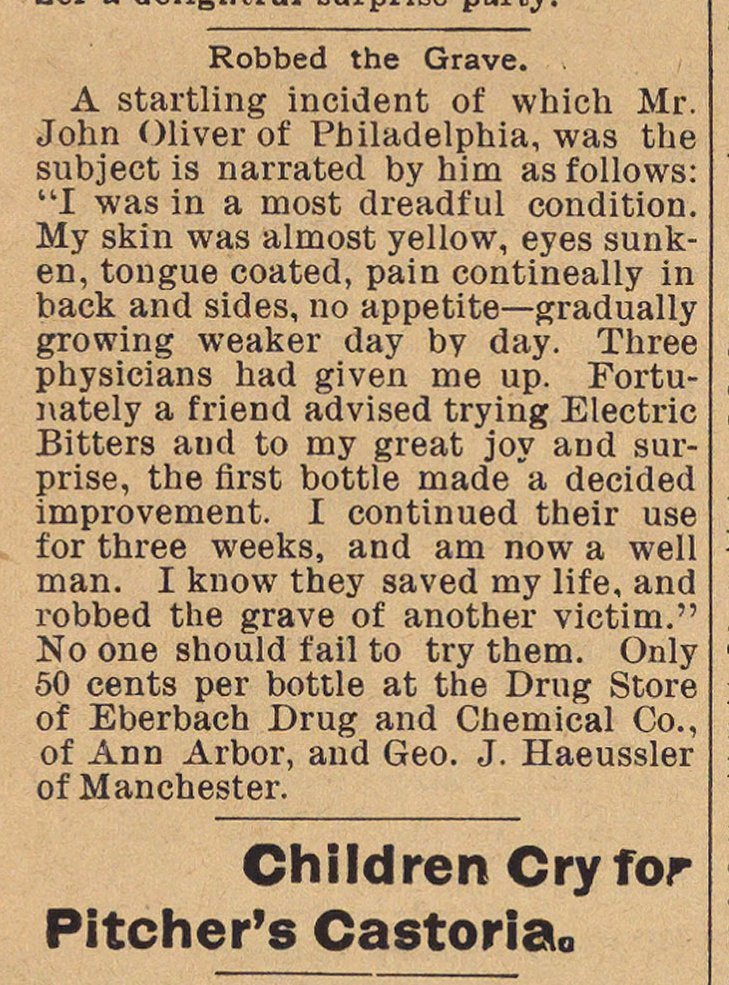 Robbed the Grave. A startling incident of which Mr. John Oliver of Pbiladelphia, was the subject is narrated by him asfollows: "I was in a most dreadful condition. My skin was almost yellow, eyes sunken, tongue coated, pain contineally in back and sides, no appetite- gradually growing weaker day by day. Three physicians had given me up. Fortunately a friend advised trying Electric Bitters and to my great joy and surprise, the first bottle madea decided improvement. I continued their use for three weeks, and am now a well man. I know they saved my life, and robbed the grave of another victim." No one should f ail to try them. Only 50 cents per bottle at the Drug Store of Eberbach Drug and Chemical Co., of Ann Arbor, and Geo. J. Haeussler of Manchester. Chïldren Cryfor Pitcher's Castoria