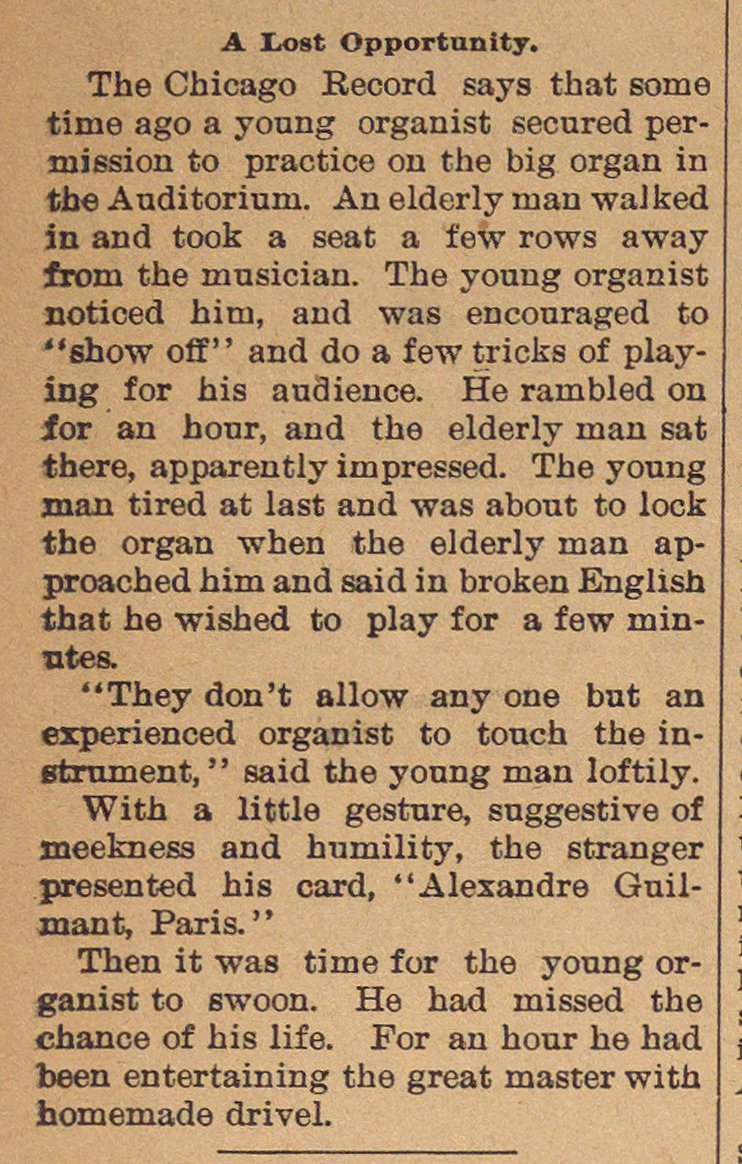 The Chicago Record says that some time ago a young organist secured permission to practice on the big organ in the Auditorium. Anelderly man walked in and took a seat a few rows away frora the mnsician. The yonng organist noticed him, and was encouraged to "show off" and do a few tricks of playing for his andience. He rambled on for an hoor, and the elderly man sat there, apparently impressed. The young man tired at last and was about to lock the organ when the elderly man approached him and said in broken English that he wished to play for a few minutes. "They don't allow any one but an experienced organist to touch the instrument, " said the yonng man loftily. With a little gesture, suggestive of meekness and humility, the stranger presen ted his card, "Alexandre Gnilmant, Paris." Then it was time for the yonng organist to Bwoon. He had missed the chance of his life. For an hour he had been entertaining the great master with homemade drivel.