Where To Carry Stamps 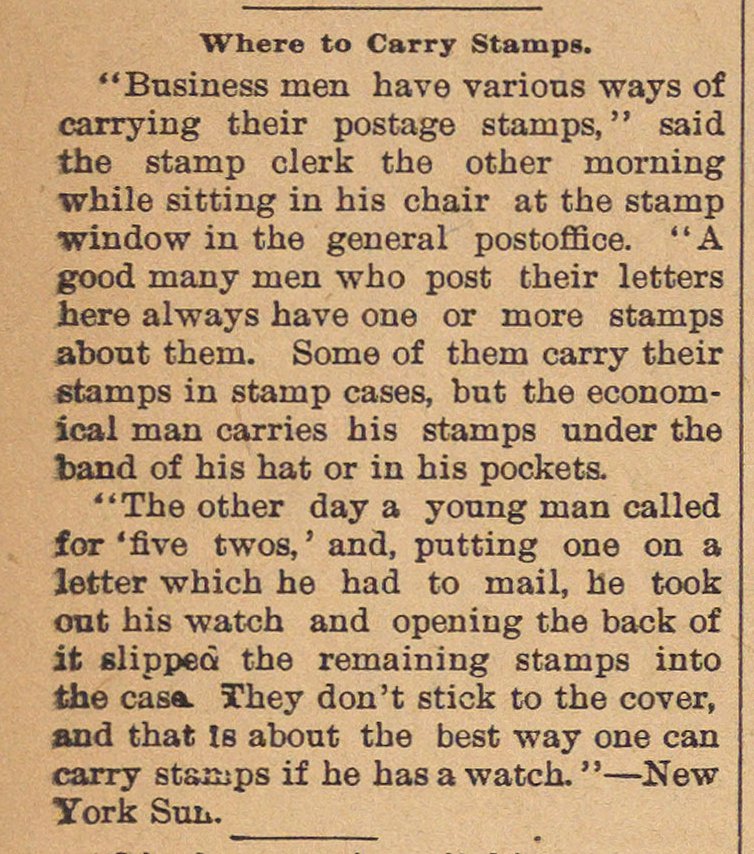 "Business men have various ways of carrying their postage stamps, " said the stamp clerk the other morning while sitting in his chair at the stamp window in the general postoffice. "A good many men who post their letters here always have one or more stamps about them. Some of them carry their etamps in stamp cases, but the economical man carries his stamps under the band of his hat or in his pockets. "The other day a yonng man called for 'five twos, ' and, putting one on a letter which he had to mail, he took ont his watch and opening the back of it slipped the remaining stamps into the casa. They don 't stick to the cover, and that Is about the best v?ay one can